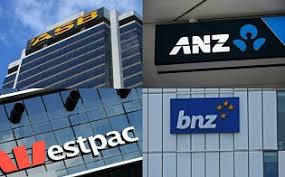 New Zealand Central bank has, in recent months signaled its willingness to increase stimulus if necessary to fight economic slowdown. Most economists expect the bank to cut rates to a record low at its last monitory policy decision of the year on Wednesday.

According to Reuter’s polls, 12/15 analysts expected the bank to cut rates to 0.75% from the current 1% this week.

“The short-term growth outlook is subpar, and risks are skewed to the downside, with the RBNZ needing to take out more insurance to prevent a more protracted undershoot of its employment and inflation objectives,” Mark Smith said in a research note.

Mark Smith is a senior economist at ASB Bank.

All the 13 analysts expected the bank to cut rates by at least 25 basis points by the end of 2020 and ANZ Bank forecasting rates to be as low as 0.25%

The RBNZ stunned markets at its monetary policy review in August with its 50-basis-point cut. The bank signaled it would be willing to cut them further; however, it held firmly at the official cash rate decision in September.

In New Zealand, the bank has been concerned about the low business confidence, which poses a threat to growth. Firms also indicated their activity was slowing and were holding off investment.

In September, gross domestic product data was released and showed that annual growth had dropped to 2.1% in the second quarter. It was its lowest since 2013.

The bank has fought to support inflation around the 2% midpoint of its target range- with the number dropping to 1.5% in September.

The New Zealand Central bank now has a dual mandate to target maximum sustainable employment. That means the bank is keenly focusing on labor figures.

Last week’s data showed unemployment rising from a decade low, but still below the bank’s forecast in August.

Some economists believed the data might tip the finely balanced decision to favor staying put.

“The labor market is in better fettle than one would expect given the state of business confidence,” said Dominick Stephens.

Stephens is the chief economist at Westpac Bank.

Westpac Bank has forecast the bank will hold this week and cut in the first quarter of next year. “The RBNZ decision on Wednesday is a close call.”