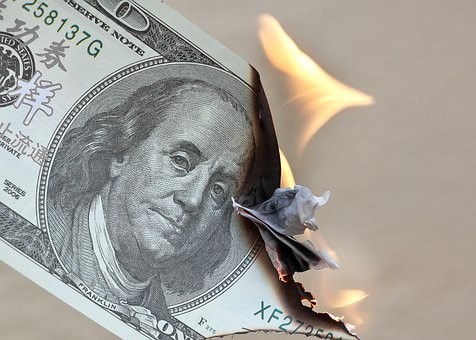 Softbank’s Wednesday report for its third-quarter revealed an operating loss of 970.3 billion yen ($8.9 billion) on its mega tech funds such as the Vision Fund. Reports indicate that Masayoshi Son, CEO of Softbank is losing billions on some of his investment bets.

Had things gone otherwise, the quarter ended September would have been one of Softbank’s most profitable, having made several mega investments into startups this year.

But even analysts could not see the conglomerate bank’s losses getting this huge; while Refinitiv’s polled data predicted a loss of about $48.1 billion yen ($442 million) in the third quarter, that figure ended up more than 10 times higher, leading to a loss of 704 billion yen ($6.5 billion).

What puzzles many is the sharp drop from a profitable entity just a year ago to swimming in billions of losses today. Softbank recorded an operating profit of 706 billion yen ($6.5 billion) in 2018.

So what’s ailing the Japanese bank?

Now, Uber profits dipped 34% between July and September. The taxi-hailing company had shown some positive signs of getting rid of the previously accumulated losses but fell back to a new low after Tuesday’s reporting of a massive loss.

Softbank shares jumped 18% this year, and by comparison, the bank’s shares gained 27% cumulatively. However, on Wednesday, the Nasdaq listed tech firm’s stocks closed up about 0.7% after a day of fairly balanced gains and losses during the day.

Additionally, after the failed WeWork IPO, the results released last week on Wednesday clearly showed how the bank was being pulled down by some of its investments. Softbank took another bitter pill to swallow last month and bailed the embattled office-space rental firm using $10 billion of its Vision Fund.

The bailout came with its fair share of criticism after it emerged that the company had bailed WeWork before, unsuccessfully. Critics questioned both the faith and the amount of money Son had decided to place in charismatic CEOs and founders such as former WeWork’s Adam Neumman. Neumman has since stepped down from the company as CEO after being handed a hefty sum to vacate the seat.