Blenheim Capital Management founder calling it a day after 50 years 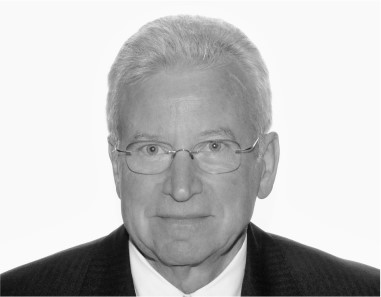 Commodities hedge fund titan Blenheim Capital Management is being wound down after 30 years of service. Blenheim, once the largest commodities fund worldwide, is closing shop after its founder Willem Kooyker decided to retire from a business that earned him a name in the oil, agriculture, and metals industries.

Most of the firm’s investors are transitioning to a newly formed outfit called Valence Asset Management, headed by Willem Kooyker’s son, Terence Kooyker, and James Tatum.

The newly launched fund opened its doors this month and took in about nine former Blenheim employees. The company primarily focuses on precious and bulk markets, as well as other commodities.

Tatum, who currently serves as Valence’s portfolio manager, said he developed a good track record overseeing the fund’s strategy within Blenheim, based in Berkeley Heights, New Jersey. At the moment, Valence is looking to net additional investors to attain its 800-million portfolio target.

Willem Kooyker, who is now 77, announced retirement from his 50-year trading career having immensely contributed to the global commodities market. During its youthful days, Blenheim held in excess of $9 billion under management, earning it a spot among the league of funds that came to dominate commodity markets during the 2000s, when China’s economy was booming.

Younger Kooyker and Tatum have incorporated quantitative analysis to support their fundamental trading methods to enable them to make short-term disruptions in metals and energy markets.

“We believe staunchly that commodities, more than any other asset class, are still driven by fundamental economics,” Tatum said by phone. “Using quantitative analysis to help isolate those signals, the ability to generate alpha in these markets is as strong as it has ever been.”

Willem Kooyker’s trading career began back in his hometown in Holland, then proceeded to lead the mighty trading house Commodities Corp in the 80s in New York. By the time he started Blenheim in 1989, the futures market for oil had just started. At the time, many generalist hedge funds and asset managers did not consider commodities as an asset class.

It is during those times that Kooyker began to enlarge the commodities market all through to the 90s. By the early 90s, investors had started to understand the viability of the fund, and capital started trickling in fast. Over time, private Kooyker grew his practice to one of the industry’s most reputable traders.