Home » News » Bonds » Should you replace bonds with gold?

Should you replace bonds with gold? 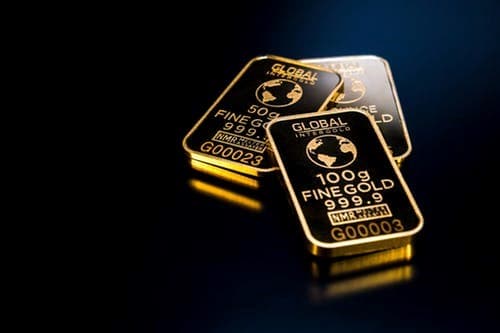 The World Gold Council (WGC) recently published a new Investment Update titled ‘It may be time to replace bonds with gold.’ But is it?

The WGC report said that investors are now operating in the market with flat to inverted curves, values of stocks are at extreme levels that historically preceded meaningful stock sell-offs, coupled with rising geopolitical concerns, such as the Middle East turmoil, trade wars, and Brexit. And this is why investors need to incorporate gold in their portfolios as safe-haven assets.

Bonds are generally safer than most commodities and stocks but they have a slightly lower yield. Hence, when stocks rise in value, bonds will typically go down.

According to GraniteShares’ research, for optimal risk-adjusted performance, and as measured by the Sharpe ratio, the standard 60-40 portfolio balance ought to comprise 60% stocks, 5% bonds, and 35% gold.

“Adding gold to a portfolio improves the Sharpe ratio, and a 35% allocation is optimal,” Will Rhind said. Rhind is the founder and chief executive of GraniteShares, an ETF provider whose funds include the GraniteShares Gold Trust ETF (BAR).

“We’re not telling everyone to have 35% gold in their portfolio, we’re challenging the groupthink about traditional 60-40 portfolios,” he said. “Gold has more value in a portfolio than most people think.”

When asked whether or not the research favours gold traders, Rhind simply brushed it off saying “The outcome is just math.”

The WGC reports that gold has a big role to play in today’s economy because the central banks are now shifting to an era of easy monetary policies, undercutting bond returns. That means that with negative debt returns, investors can consider gold as a formidable diversifier.

Thanks to the low bond yields and the dovish shift of the central banks, the opportunity cost of holding gold has significantly reduced. Under normal circumstances, investors would prefer bonds since gold doesn’t pay interest or dividends. However, in a slow economy with negative interest rates spanning more than $17 trillion, the opportunity costs of holding gold have significantly declined and in some cases, serve as a competitive edge in the markets.

Therefore, it makes total sense to replace a section of your bond portfolio with gold since precious metals have been known to perform better a year after a dovish U-turn in the Fed’s stance and also when real interest rates are closer to zero or negative.

Related news
Gold prices decline as dollar rebounds
25th September, 13:50
Shell stock price is down 55% YTD. Should I invest?
22nd September, 15:52
Malaysian bonds may have performed best, but a shrinking economy means there is more to come
21st September, 12:13
The price of gold is up 30% since March, is it still a buy?
20th September, 11:12
Bank of Thailand successfully issues digital bond through blockchain
18th September, 03:08