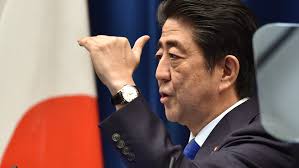 All fingers are pointing at hedge funds after Japan’s government bond prices dropped.

Benchmark bonds in Germany, U.S., and the UK have all taken a tumble in recent weeks. An unusual rise of optimism about the global economic outlook has boosted equities drove bond prices.

However, the sharp price falls in a typically tranquil Japanese government bond market have stood out. Some analysts say it’s because of the fingerprints of trend-seeking computerized hedge funds scrambling to cover losses.

Suspicions are reawakening a debate about the influence of hedge funds- which have frequently been blamed when markets swing to the extreme without clear critical triggers.

“Futures-driven selling has been the main cause of the [Japanese market] move,” said Peter Chatwell

Peter Chatwell is the head of rates strategy at Japan’s Mizuho International.

“It looks like an unwind of leveraged long positions,” he added.

Large holdings of JGBs at the country’s central bank mean the market rarely budges. But the 10-year benchmark yield leaped this week to a high of minus 0.02%, from minus 0.19% at the start of November.

Japanese standards’ significant move reflects falling prices. The yields dropped back to minus 0.09% on Thursday.

Société Générale’s Trend Indicator, reveals certain types of hedge funds trying to latch on to global market trends had been betting successfully on the rising JBG prices since last year.

However, their investments turned sour as the markets went into reverse early September, leaving them in losses.

The trend indicator has shifted to betting on falling prices. Easing trade tensions and a sense of gloom about the global economy sparked the global pullback in fixed income since mid-September.

Investors sit on the fence, awaiting a better entry point.

Selling in JGBs reflects receding expectations that the Bank of Japan is on the brink of cutting interest rates. According to Jim McCormick, the selling has been a catalyst for broader moves at crucial points during the sell-off last week.

Jim McCormick is the global head of desk strategy at the NatWest Markets.

All this volatility makes it harder to generate income from the JGB market. Investors are sitting on the fence, waiting for a better entry point.

Analysts and bind traders in Tokyo point out that trend-following hedge funds had built a huge net long exposure to ensure JGB by the end of August.

Analysts at Nomura said those positions were highly leveraged and prone to sharper moves in the weeks and months that followed.

Some analysts calculate the critical point for many funds in 10-year yields was minus 0.11%. Once the bond yield popped above that level in November, many funds that had bought binds in the August rush were left for losses- turning them into automatic sellers.

London-based Aspect Capital has gained 18.5% this year in its leading fund. It has been betting on rising bond prices, according to an investor letter seen by the Financial Times, and suffered a loss on its bond position in early November.

The letter did not detail which countries’ bonds Aspect owned. Aspect declined to comment. Mr. Chatwell said the swings in the market had undermined bond-buying strategies in recent weeks.