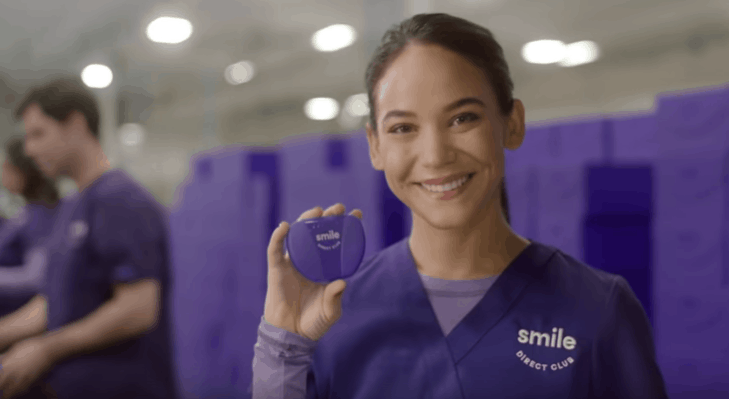 SmileDirectClub’s shares tanked by as much as 20% on Wednesday in midday trading after the company released its first quarterly report since floating its shares in September.

According to the quarterly report released by the company which deals in teeth aligners, loss per share for the quarter stood at 89 cents and revenue of $180.2 million vs. $165.4 million as forecasted by Refinitiv consensus estimates. SmileDirectClub reported a third-quarter net loss of $387.6 million compared to a net loss of $14.95 million a year ago.

“You can expect us to continue to fight in order to protect the access to care that consumers want and deserve,” SmileDirectClub CEO David Katzman told analysts on a conference call reviewing its earnings.

The company’s full-year prediction indicates that it expects to pull in revenues of between $750 million and $755 million.

When the company made its first debut in September, its shares slid 28% on its first full trading day, recording the worst ever performing unicorn this year with a valuation of more than $1 billion.

The 2014-founded start-up retails teeth aligners directly to its consumers on its “Smile Shops” and website. The products retail at an average price of $1,895 for a two-year plan.

SmileDirectClub’s quarter four projection fell short of analysts’ estimates, casting doubts on the company’s ability to meet investors’ expectations. Various analysts led by Glen Santangelo at Guggenheim on Wednesday questioned the ability of the teeth-aligning firm to meet its next year’s projected revenue of $1.2 billion, with some describing it as being “too ambitious” considering its current growth rate.

Compared to last year’s third quarter legal expenditure, this year’s has doubled following a series of newly introduced regulations for online dentistry operators. Other notable items of expenditure include a one-time charge of $324 million related to stock-based compensation and a $6 million charge related to its IPO costs.

The share price of the company closed the market at $8.83 on Wednesday, depicting approximately a 61% drop from its $23-IPO price.

As an experienced trader, I work for myself managing my own small portfolio and also contributing on several investment news sites. I mix my passion for the industry and journalism to bring my readers informative and trustworthy articles.
Related news
London stocks end lower as the U.S. reports a record increase in COVID-19 cases
3rd July, 19:27
Daimler to sell its Hambach factory as it commits to streamlining global production
3rd July, 18:21
Delivery Hero reports a 94% growth in orders in Q2 as COVID-19 restricts people to their homes
3rd July, 14:29
Intel Corporation to invest £203 million and get a 0.39% stake in Indian Jio Platforms
3rd July, 13:23
HSBC cites low returns as it discontinues its industrial metals business
3rd July, 12:14
Related market data
Invezz uses cookies to provide you with a great user experience. By using Invezz, you accept our privacy policy.