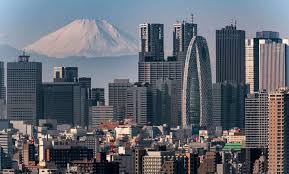 Japan has embarked on a discreet bid to woo hedge funds away from the crisis-hit Hong Kong.

This week, Japan dispatched a delegation to the city on a 48-hour mission to persuade money managers to consider Japan.

Government officials have organized a flurry of meeting between finance executives from Tokyo and dozens of Hong Kong hedge funds with an unofficial but explicit blessing of Tokyo governor- Yuriko Koike.

Careful not to be seen as exploiting the unrest in Hong Kong, the group has kept their itinerary quiet, however the Japan government es expected to make a public report.

Japan’s move is an early warning sign that months of unrest in Hong Kong have thrown doubt in its future as a financial hub. Asian rivals have sensed an opportunity to attract business.

Tokyo delegation is targeting hedge funds with more than $1bn in assets under management, so they still need to pack a punch.

One Fund executives in Hong Kong said they felt caught up in the middle of a tug of war between Singapore and Tokyo.

Singapore and Tokyo have presented themselves as safer alternatives to Hong Kong.

Japan’s first call will be to funds that relocated from Tokyo to Hong Kong, either after the 2011 earthquake or 2008 financial crisis.

The recent construction boom in Japan provides an ample opportunity for investments.

The prime brokerage of global banks has recently held meetings with groups of Investment managers to provide information on the steps for relocating to or opening offices in Tokyo.

Major Domus, a multifamily office, has already made a move to guarantee its prime broking services are safe from the turmoil in Hong Kong.

Marc Geary, Major Domus’s managing director, said the group was finalizing a back-up prime broker based in Singapore. “It’s not a fear of a run on the bank,” Mr. Geary said.

“It’s a more structural and operational concern: a fear of the risk of systematic poor service or poor execution given staff and other resources constraints as a result of the working conditions in Hong Kong.”