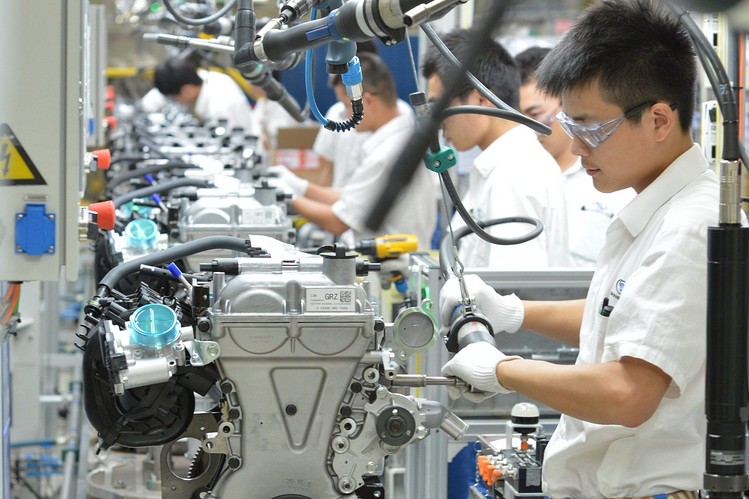 China’s National Bureau of Statistics released positive figures for the country’s manufacturing and non-manufacturing PMI on Saturday. Showing slight improvement, a few of the analysts were skeptic of the data. As of Monday, however, a private sector firm, Caixin, highlighted its insight into China’s factory activity in November. As per Caixin’s survey, the manufacturing PMI for China improved significantly in November and is approaching a high for almost three years. With reinforcement from Caixin’s survey, it is evident that the largest Asian economy has indeed rekindled the factory activity amidst the ongoing U.S – China trade tensions.

Despite the upbeat figures, however, experts of the financial markets remain cautious of the deflationary risk in the upcoming weeks. Highlighting that both surveys had their sub-indices hinting at a patchy recovery, analysts opinionated that the worst may not be over for China and the economic improvement is likely to be harder to sustain.

Caixin Manufacturing Purchasing Manager’s Index (PMI) was recorded at 51.7 in October. Considering the trade complications, analysts had previously estimated it to be capped at a lower 51.5 in November. Beating both the analysts’ forecast and figure for last month, Caixin noted China’s factory activity at 51.8 this month. Keeping well above the 50 mark, the figure represents that the economic contraction has faded away and the Chinese economy is all set for growth. The improvement in the PMI marked the fastest expansion since 51.9 that was reported in December 2016.

Caixin’s manufacturing PMI differs from the government report since it focuses more on export-oriented firms. The geographical areas included in Caixin’s survey are different from that of the official report as well.

According to the sources, the forex market surely responded lucratively following the Caixin’s report. From a low of 7.0259, USD/CNY gained significantly to print a daily high of 7.0446 on Monday. The currency pair is currently exchanging hands at 7.0418.

All in all, however, analysts have recommended being cautious of the upbeat figures since the ongoing U.S – China trade complications can weigh on the Chinese economy at any time in the upcoming weeks.