U.S. dollar unchanged ahead of the U.S job report 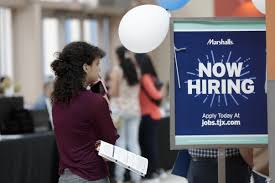 On Friday, the USD remained stable in Asia as traders looked forward to the release of the latest U.S. job report due later today.

The U.S. dollar index was unchanged at 97.380 by 05:30 GMT. The index tracks the USD against a basket of other currencies.

The projected unemployment rate is expected to hold steady at 3.6% unchanged from October and down slightly from Dec 2018.

Traders also watch the latest development on the US-China trade front closely, a Trump said, “something could happen” and on whether the U.S. will impose new tariffs on Chinese goods starting Dec 15.

On Thursday, Trump made a positive remark about the possibility of ending the trade dispute soon. But, it came after he had made a negative one saying the deal could wait until after the U.S. presidential election in Nov 2020.

The EUR/USD pair changed little at 1.1102 as data on Thursday showed that German factory orders unexpectedly declined in October.

Reports this week suggested that U.K. Prime Minister Boris Johnson could win a majority at next week’s election, paving the way for Britain to leave the European Union on Jan 31.

Meanwhile, the AUD/USD pair and the NZD/USD pair both gained 0.2%.