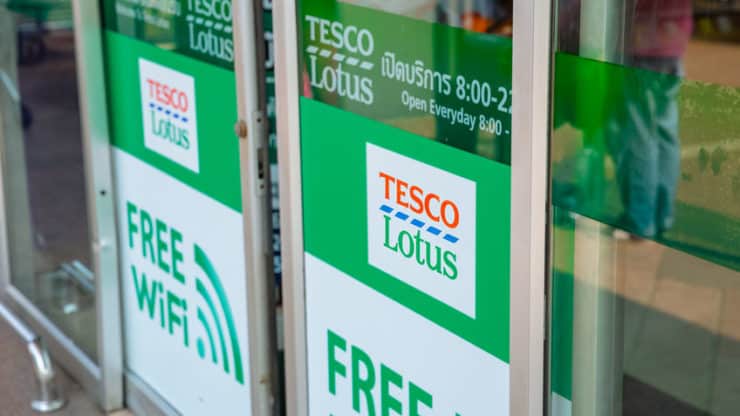 Tesco, Britain’s largest retailer, is contemplating taking a step back from its initial plan to conquer the global markets. If a recent revelation is anything to go by, the commodities retailer may soon shut down its Asian operations, in Malaysia and Thailand.

Tesco is celebrating its 100th anniversary amid a recovery plan for its UK operations following a recent dramatic accounting scandal.

The company’s CEO in October declared that Tesco had fully recovered from the scandal and that he would step down the next summer.

In a Sunday statement, the company stated that: “Tesco confirms that, following inbound interest, it has commenced a review of the strategic options for its businesses in Thailand and Malaysia, including an evaluation of a possible sale of these businesses”.

The retailer’s officials also stated that the plan was still at its infancy and that no further information could be availed to the public at the time.

“No decisions concerning the future of Tesco Thailand or Malaysia have been taken, and there can be no assurance that any transaction will be concluded,” a section of the Sunday statement read.

Tesco’s Asian operations span 2,041 outlets across Thailand and Malaysia. In its first half that ended in August, the Asian stores generated total revenue of 2.6 billion pounds ($3.3 billion) with an operating profit of 171 million pounds. The stores’ combined revenue and operating profits jumped 1% and 42.3% respectively.

A couple of months ago, Tesco had indicated that it was optimistic of experiencing enormous growth in Asia, particularly in Thailand, hinting at adding 750 new outlets in the medium-term.

During Lewi’s tenure, the growth focus has primarily been in the UK; in the last year alone, the CEO spent about 4 billion pounds on acquiring Booker Group, a wholesale food operator in the UK.

And now that the company is considering exiting the Asian market, investors remain sceptical following its past costly exits from the US, China, and Japan.

If it proceeds with its exit plan, Tesco’s overseas operations will remain in Ireland, the Czech Republic, Hungary, Poland, Slovakia, and its loss-making central European division.