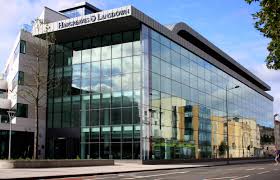 Peter Hargreaves is smiling on his way to the bank. He is one of Brexit’s major supporters.

The Conservative Party’s win did not just open a way for Brexit; it also provided a $300 million boost to Peter’s fortune as other investors welcomed the results.

Peter, who is a Lancashire-born billionaire, owns a third of Hargreaves Lansdown Plc. its shares rose 4.1% as of 12.40 pm in London. The rise boosted the value of his stake to $4.1 billion and his overall fortune to $4.6 billion.

“I was in contact with lots of friends in the North, and they were quite surprised at how many Labour voters in the North weren’t going to vote for Corbyn. They were petrified of Corbyn.”

His other wealthy peers also had a bumper day.

The 16 Brits on the Bloomberg Billionaires Index, including Jim Ratcliffe and James Dyson; added around $2.8 billion to their combined net worth on Friday.

Michael Spencer is the founder of interdealer broker Icap and longtime Tory donor.

In a statement, Spencer said the result was a “crushing national repudiation of the dangerous and divisive neo-Marxist policies” embraced by Labour’s leadership.

Tycoons are more relieved than festive.

“If Labour had got a majority or there was a hung parliament, which wasn’t impossible, I would have been devastated. Far from celebrating, I would probably have been in a corner somewhere sobbing.” Caudwell added.

That sentiment echoed across London after months of fearing a Corbyn victory would do more damage to the British economy than a hard Brexit with no transition deal.

“Business, in general, will appreciate the clarity,” said Jeremy Isaacs.

“Markets should react positively that the Corbyn risk is gone, and we should see foreign direct investment flowing into the country.” He added.

Jeremy is a financier and founding partner of private equity firm JRJ Group.

While Hargreaves had said he would stay in the U.K. no matter the result, many wealthy families based in Britain had made plans to relocate to more tax-friendly regimes such as Monaco or Switzerland if Corbyn came to power.

According to Liam Bailey, the London property market could see a boost. Liam is the global head of research at Knight Frank.

“It will release a lot of pent up demand in the market,” he said. “One group that may want to move on with things quite quickly are overseas buyers. With the pound rising they’ll experience an erosion of their buying power, which may well encourage transactions,”

However, he cautioned that Brexit would still hover above the market.

It isn’t just foreign capital that might flow back into the British property market.

Mark Stephen, said a major domestic pension fund is poised to place 50 million pounds to 100 million pounds ($134 million) to work in his fund now that Johnson and the Tories have won control of Parliament.

Reditum plans to invest the fund inland earmarked for new housing developments north of London and in Newcastle.

“They premised the investment on the result going the way it did, so hopefully we can wrap that up in the next year,” Stephen said.