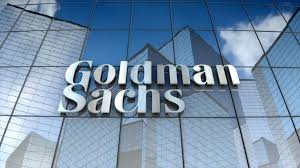 Goldman Sachs has unveiled a Blackstone-like alternative investment group as part of its strategic plan to present at the company’s much-anticipated investor day next month.

David Solomon, Goldman’s chief executive, wrote to staff in a memo on Monday.

His two top lieutenants described the Alternative Capital Markets and Strategy Group as a unique opportunity to attract more funds outside investors.

Mr. Solomon’s main aim has been to attract more third-party funds. His lieutenants have spoken about creating an investment business like Blackstone- perhaps the world’s most potent alternative money manager.

Goldman executives hope that boosting its investing division will help lift its share price. The share price is now languishing near post-crisis lows on a price-to-book value basis.

Both men have been Goldman partners since 2008.

The new group, ACMS, will collaborate with Goldman’s merchant banking and asset management units, helping to drive conversations with investors surrounding areas such as fundraising in private markets and asset allocations strategies.

“The biggest part of our business is manager selection,” Brandmeyer said of AIMS in a phone interview. The group, which has $250 billion of assets under management, is benefiting from strong growth in private markets over the past decade, he said.

Brandmeyer and Agus are now co-chief investment officers for AIMS, which also buys stakes in asset managers as well as interests in private equity portfolios through the secondary market.

Agus, who was previously head of direct alternatives within Goldman Sachs Asset Management, will continue overseeing the unit’s energy and infrastructure group, as well as Goldman’s special purpose acquisition company, GS Acquisition Holdings Corp., according to one of the memos. Brandmeyer, who has worked with AIMS since its launch in 2008, was previously co-head of the group’s secondaries business.

Under the leadership changes, Kojima will co-lead ACMS alongside Michael Koester, the chief commercial officer for Goldman’s merchant banking division, who oversees such areas as product development and fundraising.

AIMS will remain inside the bank’s consumer and investment management division, which houses GSAM.