Home » News » Commodities » Is the US a net crude oil exporter just yet?

Is the US a net crude oil exporter just yet? 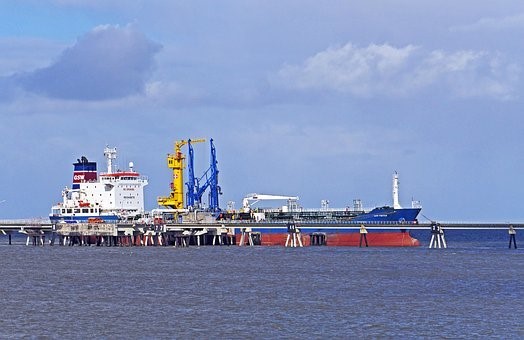 There have been various talks and speculations about all the developments that came out of the oil shale boom in the United States, but the idea of achieving full energy independence was perhaps the most unlikely.

Back in 2005, daily petroleum imports to the US hit a new high of 14 million BPD as a result of dwindling daily productions and soaring demand. By 2007, the difference between imports and exports of petroleum products stood at a deficit of about 13 million BDP.

The hope of bringing down the 13 million net petroleum imports to zero seemed like a fairy tale at the time considering falling daily productions. But surprisingly, by 2011, the net import level had been brought down to zero.

By 2016, the US had successfully turned the net imports for finished products such as gasoline and diesel from 3 million BPD to net exports of about a similar amount.

The US made that possible through a ban on the export of crude oil dating back to 1975. At the time, oil producers in the US were forced to sell their commodity to the country’s refiners who in turn, refined and exported the finished petroleum products.

Towards the end of 2015, US President Barrack Obama signed a critical bill known as the Consolidated Appropriations Act. The Act would repeal the 1975 oil export ban, allowing the country’s oil producers to seek the highest bidders for the commodity as opposed to selling it at a discounted price to US refineries.

The net exports soon rose to reach about 3 million BPD by early 2019. Bloomberg had in 2018 reported that the US had for the first time in 75 years successfully become a net oil exporter. But that was not entirely accurate, according to a 2018 Forbes publication.

Bloomberg based their assumption on crude oil exports and finished products. The figure had indeed dropped to negative, meaning, that category of imports had actually achieved a “net export” status, well, at least for about a week.

The weekly numbers declined to a couple of negatives last year, and for the first time in October, the monthly figure was negative. So based on these past trends, experts predict a shift from net imports to net exports by at least 2021.