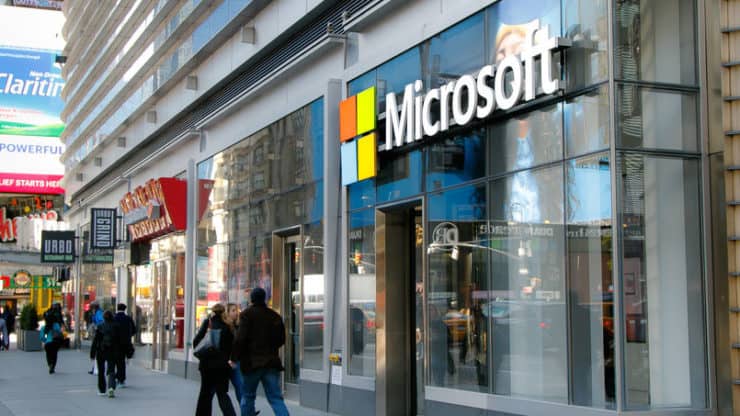 Microsoft traded 4% higher in the stock market in extended trading on Wednesday as it announced the quarterly earnings report that beat analysts’ estimates for earnings and revenue. Following the second-quarter performance results, Microsoft also announced its guidance for the upcoming quarter.

Analysts were expecting the American multinational technology company to record $35.68 billion in revenue in the second quarter. The earnings report on Wednesday, however, printed a significantly higher $36.91 billion in revenue for Microsoft in the recent quarter. The report also highlighted the company to have made $1.51 of earnings per share (excluding items) versus the analysts’ estimate of $1.31 per share, as per Refinitiv’s data.

The quarter that ended on December 31st saw a 14% increase in revenue (year over year). Microsoft’s performance in the stock market remained steady last year with a remarkable 63% increase. The company cites rising demand for Office 365 and its Azure public cloud business to have contributed the most in sustaining positive performance in 2019.

Despite the upbeat overall performance, Azure’s growth came out shy at 62% in Q2 than the 76% recorded in the same quarter last year. The growth in Microsoft’s Azure platform, however, still beat Goldman Sach’s estimate of 58% in the recent quarter. It was also reported higher than the figure for the first quarter. Keeping in line with its tradition, Microsoft refrained from announcing the revenue generated from Azure in dollars.

Azure’s victory in the second quarter was also attributed to the Pentagon’s Joint Enterprise Defense Infrastructure (JEDI) contract worth $10 billion that Microsoft won beating the expectations of Amazon housing the contract.

Revenue from Microsoft’s Intelligent Cloud unit came at $11.87 billion (up 27%) while More Personal Computing, the traditionally most profitable segment for Microsoft generated $13.21 billion (up 1.6%) in revenue in the second quarter. Xbox hardware, on the other hand, printed a massive drop of 43% in the recent quarter. The company said that Xbox Series X branded as the next generation will be introduced later this year in summer that is likely to improve the figures for this unit in the next quarter.

Microsoft’s performance in the stock market in 2020 has remained upbeat so far. The stock opened at around $160 in January. Following the 4% gain on Wednesday, it is currently exchanging hands at around $175 per share.