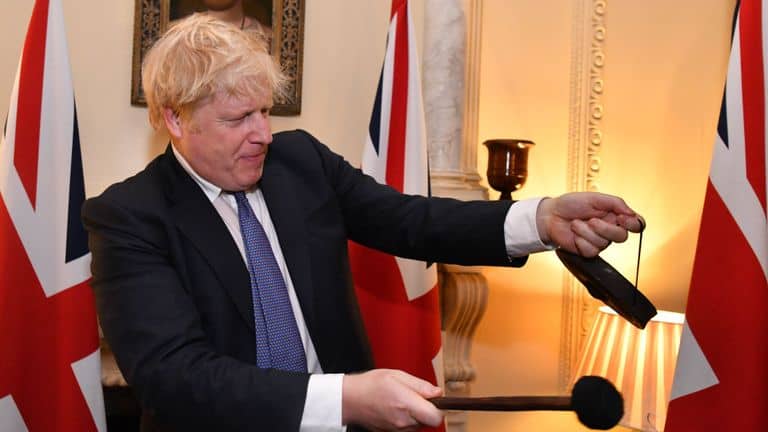 GBP/USD is trading more than 1% lower today after the UK government adopted a tough stance toward the EU. The price action now threatens to close the day below $1.3050, which will add more pressure on the bulls going forward.

Fundamental analysis: The UK fights back

The UK PM Boris Johnson delivered a hard-stance speech in Greenwich today after he said that there is “no need” for the UK to follow Brussels’s rules. Furthermore, he called for a Canada-like trade agreement.

“We have made our choice – we want a free trade agreement, similar to Canada’s but in the very unlikely event that we do not succeed, then our trade will have to be based on our existing Withdrawal Agreement with the EU,” said Johnson.

EU’s deal with Canada is based on the arrangement which doesn’t foresee import tariffs on most goods, although customs and VAT checks are still needed.

“The choice is emphatically not ‘deal or no deal’. The question is whether we agree a trading relationship with the EU comparable to Canada’s – or more like Australia’s. In either case, I have no doubt that Britain will prosper mightily,” added Johnson.

In addition, Johnson insists that he will refuse any attempts to make a deal based on the Brussels-made rules, including the rules and regulations “on competition policy, subsidies, social protection, the environment, or anything similar”.

On the other hand, EU’s chief negotiator Michael Barnier said that any trade deal needs to comply with EU’s existing rules and regulations.

“Businesses must adapt now for this new reality. Will the UK continue to adhere to Europe’s societal and regulatory model in the future or will it seek to diverge? The UK’s answer to this question will be fundamental,” said Barnier.

For apparent reasons, investors didn’t seem to like Johnson’s speech and reference to the Withdrawal Agreement with the EU. As a result, the sterling took a sharp dive today falling more than 100 pips since the markets opened last night.

As seen in the chart below, Johnson’s speech has helped the pound return below the triangle’s resistance. A close below the $1.31 mark would result in a failed breakout.

Boris Johnson’s speech today prompted the pound to move sharply lower on fears that a trade deal between the UK and EU won’t be reached soon. The sterling is now testing $1.3050 as an intraday resistance.