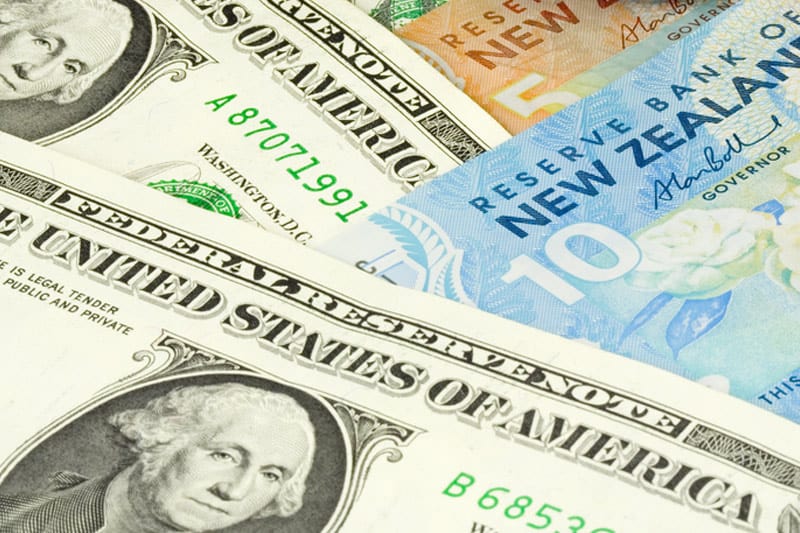 NZD/USD has gained more than 1% today after the Reserve Bank of New Zealand (RBNZ) delivered an optimistic message to markets. The price action now tests the key resistance area around the $0.65.

Fundamental analysis: RBNZ expects economy to rebound in the second part of 2020

As expected, the RBNZ left the cash rate on hold. Moreover, the bank said that it doesn’t expect to cut rates this year, hinting that the next move from the bank may be a rise, rather than a cut.

Still, the RBNZ left the door open for a cut if the coronavirus outbreak becomes more severe than expected, although the bank believes that the “overall impact of coronavirus on New Zealand will be of a short duration”.

Moreover, RBNZ believes that the “economic growth [is] expected to accelerate over the second half of 2020,” while the employment rate is seen as “at, or slightly above its max sustainable level”.

Economists from Westpac see the latest statement as a “hawkish shift from the guidance provided in November,” which effectively signals that “the easing cycle is over”. RBNZ indicated that it may hike once before the end of next year.

Rabobank economists see the recent boost in data as a result of RBNZ rate cuts made last year.

“The better data can be linked with the 75 bps in rate cuts announced by the RBNZ last year in addition to the government’s increase in fiscal spending.”

Still, Rabobank believes that NZD/USD is not out of the woods yet, despite the hawkish RBNZ.

Following the surprising tone of the RBNZ monetary policy statement, NZD/USD has gained more than 1% in less than 24 hours. As a result, the price action now tests the key short-term resistance area below the $0.65 area.

This area consists of two important moving averages – the 100 DMA and 200 DMA – both located 30 pips from each other. A clean break above this zone would open the door for higher levels, if investors continue buying NZD/USD in the coming days and weeks.

For the next week, the zone around $0.67 is seen as important resistance. On the downside, the price has now established a solid base around the $0.64 mark, where the price action traded before the RBNZ meeting.

The RBNZ surprised the markets with a hawkish tone in its monetary policy statement, which has boosted the NZD price. A move above the $0.65 zone is likely to pave the way for a test of $0.67.

Specialising in economics by academia, with a passion for financial trading, Michael Harris has been a regular contributor to Invezz. His passion has given him first hand experience of trading, while his writing means he understands the market forces and wider regulation.
Related news
Bitcoin price adds 3% to return to its June range
7th July, 13:35
Whitbread stock price plummets over 4% on declining sales
7th July, 10:40
AUD/USD little changed after RBA rate decision as a $75b panic looms
7th July, 05:23
USD/JPY turns higher after weak Japanese household spending data
7th July, 03:43
DXY: US dollar index slides on upbeat US and non-manufacturing PMI
6th July, 14:57
Related market data
Invezz uses cookies to provide you with a great user experience. By using Invezz, you accept our privacy policy.