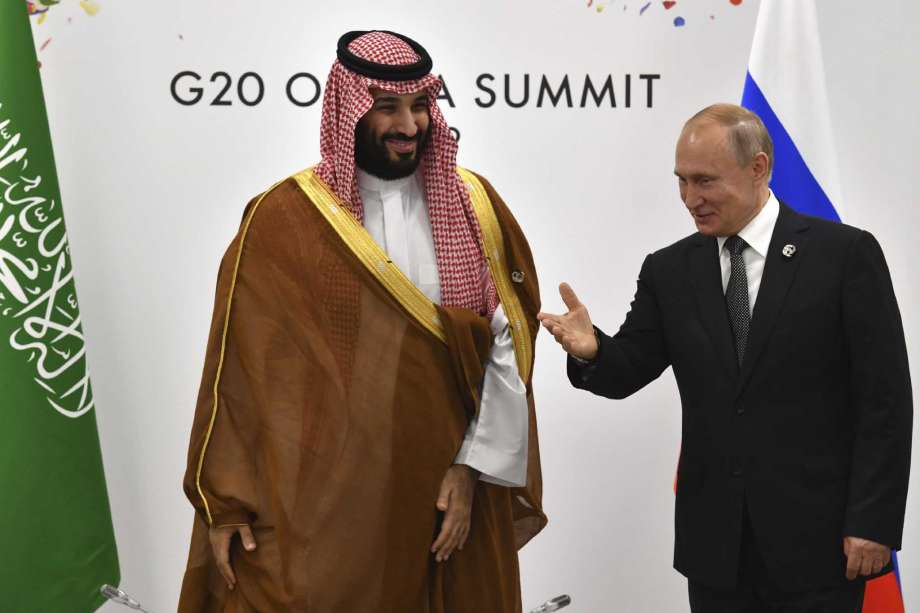 Crude oil prices hit the lowest levels since August 2016 this week, after talks on deeper production cuts between OPEC and its allies finished without an agreement. On Friday, the price action closed nearly 10% lower to record one of the worst-performing days recently.

Given that Russia’s representative in the OPEC+ meeting rejected all proposals from OPEC countries, the market punished them by applying extensive selling pressure on the price action, to ultimately record levels below the $42 mark.

“Opec and other countries including Russia couldn’t get an agreement. If others will push their production, why is Saudi Arabia not doing the same. Now we have the right to sell more to compensate for any loss in prices,” a source from the Kingdom said to the Financial Times.

Saudi Arabia now plans to aggressively attack the European market by allegedly offering crude oil with a discount of more than $8 per barrel compared to this month’s price list, while its customers in the United States will get a discount of $7 per barrel.

Europe is arguably the key market for Russia. The two oil giants previously struck an agreement, which didn’t yield the desired outcome.

“The true result of the arrangement is that the total volume of oil that was reduced as a result of the repeated extension of the Opec+ agreement was completely and quickly replaced in the world market with American shale oil,” said Mikhail Leontiev, press secretary for Rosneft (MCX: ROSN), a government-owned Russian giant.

Moreover, the Kingdom will increase its daily crude production to more than 10m barrels a day next month. OPEC’s proposal had Saudi Arabia cutting the production to around 9m barrels per day.

The price war is likely to cost all market participants, especially higher cost producers, such as the United States. It has already started punishing major private producers, who saw its shares plunge last week.

With that being said, here is a list of 3 stocks that you should avoid investing in until the relationship between Russia and Saudi Arabia improves.

You don’t have to be very informed about the oil industry to understand that the Saudi Arabia-owned oil producer will suffer. Aramco (SE:2222) is one of the world’s biggest companies with a revenue that exceeds $350 billion.

“Aramco was extremely clear in its prospectus that production decisions are set by the government, not the company. So, this will be the first implication of that clause in Aramco strategy,” said Edward Bell, senior director for market economics at Emirates NBD PJSC in Dubai.

Following the news on Friday, shares of Aramco slumped 9% to hit the lowest ever levels. Aramco went public in December last year in one of the biggest initial public offerings (IPO) in the history of the stock market.

Another obvious suspect. A company that is majority-owned by the Russian Government and run by one of Vladimir Putin’s closest allies, has this month seen shares hit the lowest levels since July 2018.

Moreover, it was revealed last month that the U.S. Government announced sanctions on Rosneft Trading, a subsidiary of Rosneft, for helping Venezuela’s Government sell its oil abroad. It is believed that Rosneft handles up to 80% of Venezuela’s oil exports.

“I think this is a very significant step, and I think you will see companies all over the world in the oil sector now move away from dealing with Rosneft Trading,” said Elliott Abrams, the U.S. special representative for Venezuela.

For reasons outlined above, it is advised to stay away from the Rosneft stock.

Shares of the French oil giant Total SA (PA:FP) have already lost 25% since the beginning of the year. Given the crude oil performance last week, it’s not surprising to hear that Total stock price hit a 4-year low this week.

In its latest earnings report, the company was not so optimistic about the 2020 outlook.

“The environment remains volatile, given the uncertainty about hydrocarbon demand related to the outlook for global economic growth and a context of geopolitical instability.”

“Since the start of the fourth quarter, global refining margins are weak as a result of high product inventories and oil prices supported by OPEC.”

Given the performance of Total stock in the past few months, it is expected that the upcoming oil price war is likely to weigh on the French oil giant.

Crude oil prices trade at the lowest levels since August 2016 as the market prepares for a price war between Saudi Arabia and Russia. OPEC+ meeting, which took place on Friday in Vienna, yielded no results, which facilitated a sharp drop in oil prices.

Given that Russia rejected OPEC’s proposal for a deep cut in production, Saudia Arabia will respond this week by offering steep discounts for its oil products, and will also increase production to more than 10 million barrels per day.

It is for these reasons that analysts believe that oil may visit multi-year lows below the $30 mark in the coming months, which will have a significant hit on private oil producers, such as the Russian-owned Rosneft, the French giant Total SA and the Saudi Arabia-owned Aramco.