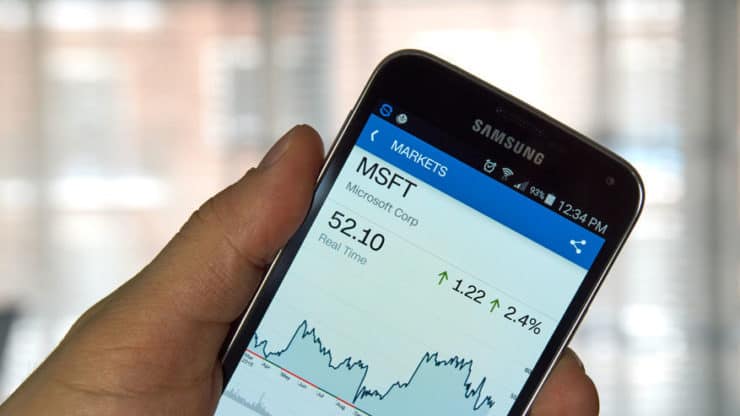 The stock market rallied higher yesterday after days and weeks of serious losses in the most difficult moment for businesses since the global financial crisis.

“The market has been jolted to the point of breaking, and textbook common sense seems to no longer apply. Given the extreme uncertainty over what will happen, investors’ own insecurities could cause a worst-case black swan scenario to actually unfold,” Nomura’s Masanari Takada wrote.

The U.S. President Donald Trump declared a national emergency over the pandemic in a press conference with the business leaders. He also pledged $50 billion in federal aid to fight the virus outbreak.

Standing behind Trump during his press conference were representatives from Walmart, Walgreens, LHC Group, Signify Health etc. Trump pledged to increase the number of COVID-19 tests available, waive interest on federal student loans as well as to purchase crude oil to stock up the national reserves.

“The market has been volatile in ways I haven’t seen before. The ferocity of the move is what has caught investors off guard,” said Todd Jablonski, chief investment officer of portfolio strategies for Principal Global Investors.

Investors obviously liked Trump’s measures as the central banks and governments around the world race to support their citizens and businesses, and mitigate the impact of the coronavirus outbreak.

After the stock market closed, Microsoft announced that Bill Gates, its co-founder, is leaving the board of the company, as well as his position in the board of Warren Buffett’s Berkshire Hathaway.

“I have made the decision to step down from both of the public boards on which I serve – Microsoft and Berkshire Hathaway – to dedicate more time to philanthropic priorities including global health and development, education, and my increasing engagement in tackling climate change,” he said.

Shares of Microsoft recorded one of the best days in history by rallying 14.22% to erase almost all of its weekly losses. Practically all gains were recorded in the last hours of Friday’s trading session.

As seen in the chart above, the price action rebounded strongly from the major horizontal support near the $140 mark. This level is expected to play a major role again, if the price action rotates lower again next week. On the upside, the zone around the $175 mark is a target for the bulls.

Shares of Microsoft recorded one of the best days in its history after rallying 14.22% to ultimately erase almost all of its prior weekly losses. The stock market rally was fueled by the national emergency introduced by Donald Trump yesterday, as governments and central banks ramp up their efforts to combat the impact of COVID19.

Specialising in economics by academia, with a passion for financial trading, Michael Harris has been a regular contributor to Invezz. His passion has given him first hand experience of trading, while his writing means he understands the market forces and wider regulation.
Related news
Bitcoin price adds 3% to return to its June range
7th July, 13:35
Lufthansa to cut 1,000 admin jobs and 20% of leadership positions to combat COVID-19
7th July, 13:24
Plus500 reports an almost 300% increase in H1 revenue on robust trading volumes
7th July, 12:00
Halfords’ cycling sales jump 57.1% as people avoid public transport amidst COVID-19
7th July, 11:02
Whitbread stock price plummets over 4% on declining sales
7th July, 10:40
Related market data
Invezz uses cookies to provide you with a great user experience. By using Invezz, you accept our privacy policy.