Home » Stocks & shares » Nike to close all of its U.S retail stores as Coronavirus continues to disrupt business

Nike to close all of its U.S retail stores as Coronavirus continues to disrupt business 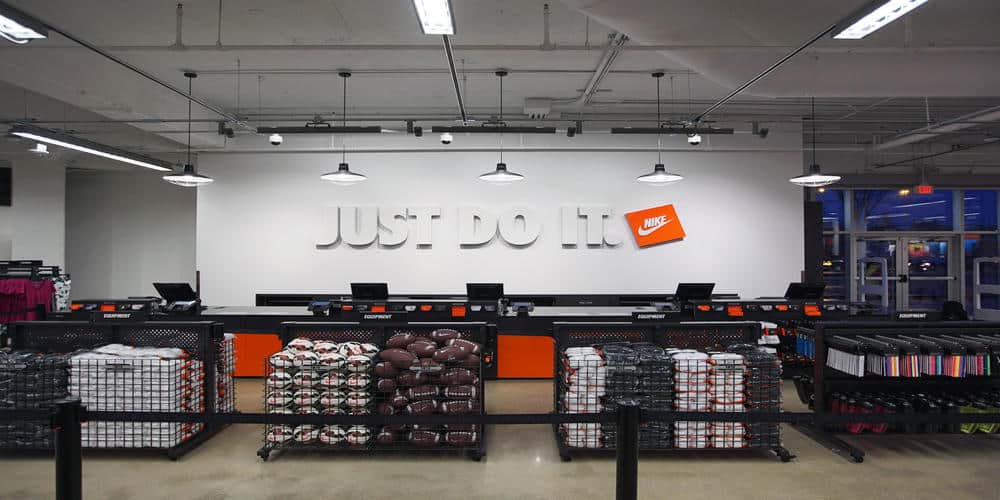 The rapid spread of Coronavirus in the United States with confirmed cases rising exponentially is pushing businesses into temporarily closing countrywide stores in an attempt to contain the fast transmission of the virus. In the latest development, Nike (NYSE:NKE) said on Monday that all of its stores in various markets and specifically in the U.S are to be closed from today for a period of two weeks.

Nike has joined a long list of U.S based businesses that have recently closed stores to minimize the spread of Coronavirus. The sports apparel maker said that further decision regarding operations will be based on how the pandemic unravels in the next two weeks. As of now, Nike expects to return to business on March 27th.

In its announcement, Nike declared its stores in the U.S, Western Europe, Canada, New Zealand, and Australia to keep the shutter down for two weeks. According to Nike’s spokeswoman, the company’s full-time employees will receive their full salaries during the Coronavirus driven business halt.

The company also remarked that it is relying on meticulous assessments of the Coronavirus emergency. In consideration of the stats, the company has made an informed decision of keeping its stores operational in Japan, South Korea, China, and various other countries.

Other prominent names that have declared a temporary suspension of business operations in the United States include Apple, Urban Outfitters, Patagonia, Glossier, Warby Parker, Under Armour, and Allbirds. Lululemon and Walmart, on the other hand, have resorted to minimizing the store hours. The Seattle-based multinational coffee chain, Starbucks, also declared its dine-in service suspended on Monday as the company confined operations to take away.

Director-General of the World Health Organization (WHO), Dr. Tedros Adhanom, branded Western Europe as the epicenter of Coronavirus last week as he reiterated the rate of spread to be far higher in Europe as compared to in China at its peak. Major European economies like France and Italy are currently observing a nationwide lockdown to minimize the rampant spread of the flu-like virus.

As per the SEC filings of December 2019, Nike boasts a total of 384 retail stores located in the United States. Internationally, the company has over 750 stores.

The latest stats from John Hopkins University report over 150,000 confirmed cases worldwide with close to 6,000 death so far.

At the time of writing, Nike is exchanging hands at around £54.60 per share in the stock market that translates to over 30% decline in 2020 so far.

Mr. Khan specialises in Public Health by academia but is a trader by passion. Taking up two new hobbies of writing and trading in his teen years, he is now a professional trader and news writer with over 5 years of experience in various financial markets. Khan is passionate about bringing insightful articles to his readers and hopes to add value to their portfolios.
Related news
AirAsia swings to a £150.71 million loss in the first quarter as COVID-19 halts air travel
6th July, 15:29
Berkshire Hathaway to buy Dominion Energy’s natural gas assets for £3.2 billion
6th July, 14:31
Uber stock price explodes 9% on a $2.65 billion deal to buy Postmates
6th July, 13:30
Beckton Dickinson receives EUA for its COVID-19 antigen test from the U.S. FDA
6th July, 13:26
CEO Antonio Horta-Osorio of Lloyds Bank to exit the role next year
6th July, 12:15
Related market data
Invezz uses cookies to provide you with a great user experience. By using Invezz, you accept our privacy policy.