Home » Forex » U.S unemployment claims climb over 3 million in the recent week due to the Coronavirus pandemic

U.S unemployment claims climb over 3 million in the recent week due to the Coronavirus pandemic 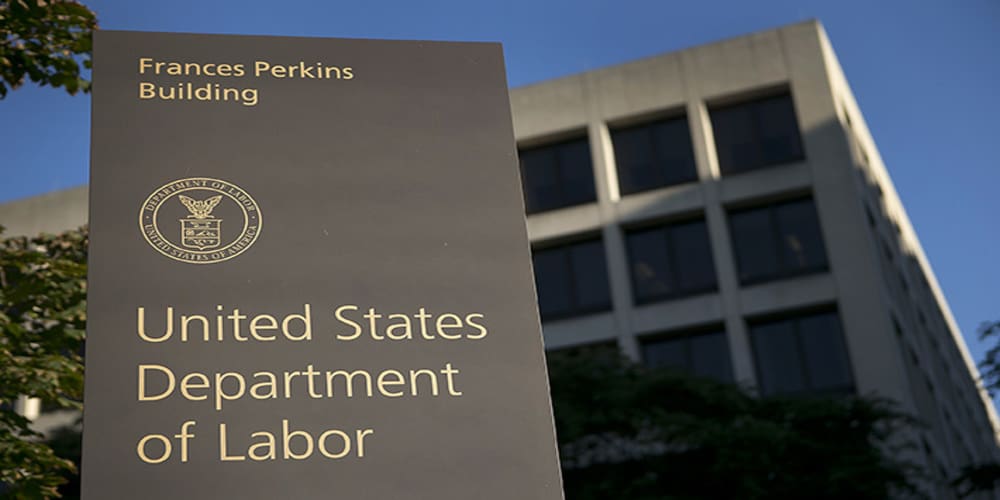 The U.S Department of Labor announced its weekly report on unemployment claims on Thursday. The data showed the jobless claims in the U.S to have climbed over 3 million last week. A sharp increase in unemployment stemmed from the Coronavirus pandemic that pushed businesses into shut down with many of them resorting to massive layoffs. The flu-like virus, as per economists, is likely to break America’s longest employment boom.

The Labor Department revealed the seasonally adjusted initial unemployment claims to have climbed to 3283K in the week that ended on March 21st that marked the sharpest increase in over 3 decades. The figure was capped at a much lower 282K in the previous week while economists had forecast the U.S jobless claims to jump to 1648K in the recent week.

Economists Believe Recession Has Already Started In The U.S

The Labor Department’s data on Thursday is the most substantial proof that COVID-19 is sabotaging the economy with many economists already seeing recession to have started. According to analysts, the weekly unemployment claims is the most timely indicator of the labor market’s performance.

The U.S Federal Reserve has reduced rates to zero to combat the Coronavirus pandemic while an unprecedented £1.69 trillion rescue package is scheduled for voting in the U.S House of Representatives on Friday.

“During the week ending March 21, the increase in initial claims is due to the impacts of the COVID-19 virus. States continued to cite services industries broadly, particularly accommodation and food service. Additional industries heavily cited for the increases included the health care and social assistance, arts, entertainment and recreation, transportation and warehousing, and manufacturing industries.”

Chief economist Mark Zandi of Moody’s Analytics also commented on Thursday’s data and reiterated that the unemployment claims are likely to worsen in the upcoming weeks. As the health emergency continues to weigh on businesses, layoffs are being announced every day and millions of Americans are expected to file claims for unemployment benefits in the next few weeks.

The forex market responded moderately to the economic news on Thursday. EUR/USD climbed from 1.0925 to a daily high of 1.0990. The pair, however, retreated almost immediately back to 1.0965 level where it is currently exchanging hands. EUR/USD is likely to face strong resistance at around 1.10 region. On the downside, the pair has created support at 1.0890.

Mr. Khan specialises in Public Health by academia but is a trader by passion. Taking up two new hobbies of writing and trading in his teen years, he is now a professional trader and news writer with over 5 years of experience in various financial markets. Khan is passionate about bringing insightful articles to his readers and hopes to add value to their portfolios.
Related news
Lufthansa to cut 1,000 admin jobs and 20% of leadership positions to combat COVID-19
7th July, 13:24
Plus500 reports an almost 300% increase in H1 revenue on robust trading volumes
7th July, 12:00
Halfords’ cycling sales jump 57.1% as people avoid public transport amidst COVID-19
7th July, 11:02
JD Sports warns of a significant hit in fiscal 2021 due to COVID-19
7th July, 10:17
AUD/USD little changed after RBA rate decision as a $75b panic looms
7th July, 05:23
Related market data
Invezz uses cookies to provide you with a great user experience. By using Invezz, you accept our privacy policy.