3 Automotive Stocks That Are Faring Well Amid the Coronavirus Outbreak 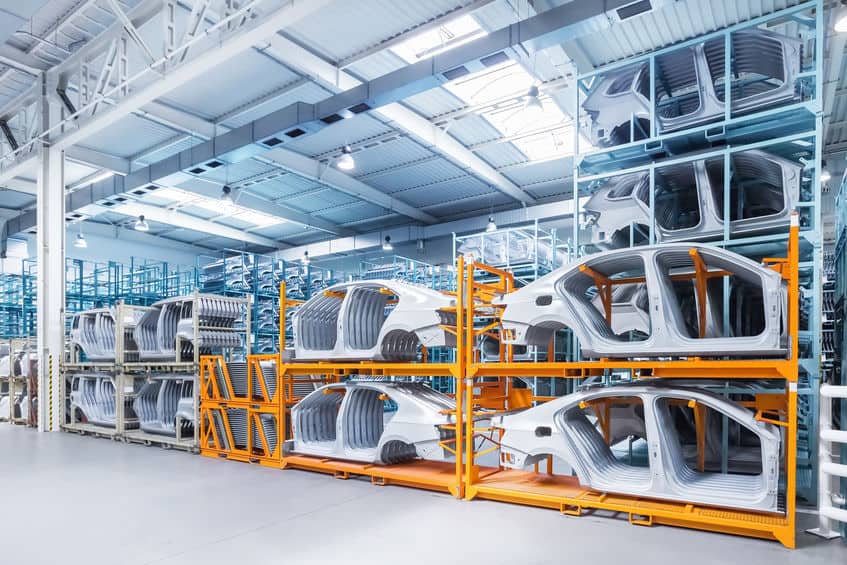 After two and a half months since the first coronavirus-related death was reported in Wuhan, China, the car industry is facing an unprecedented challenge. A vast majority of production facilities across the globe had been halted for weeks now as the world’s leading car manufacturers struggle to weather the financial hit.

“It is clear that this is the worst crisis ever to impact the automotive industry,” stated Eric-Mark Huitema, Director General of the European Automobile Manufacturers’ Association (ACEA).

“With all manufacturing coming to a standstill and the retail network effectively closed, the jobs of some 14 million Europeans are now at stake”.

Herbert Diess, CEO of Volkswagen AG (ETR: VOW), said two days ago that his company needs 2 billion euros a week to survive. Diess warned that the only active car market at the moment is in China.

According to Bloomberg’s Chris Brynat, the car companies are burning through cash extremely quickly. One of the key reasons is that the US car manufacturers are paid by dealers in advance. Since there is no production, and no cars to deliver, there are no upfront payments either.

All leading car manufacturers have already announced temporary closures of factories due to collapsing demand and supply shortages. In addition, in countries such as India, the government measures mean that workers can’t go to work for three weeks as the entire country is in lockdown.

For these reasons, all eyes are on governments and central banks. Volkswagen’s CFO, Frank Witter, asked the European Central Bank (ECB) to expedite the plans to purchase short-term debt as companies are struggling to make ends meet.

“There’s a lot of pressure on the incoming money flow. We have different diversified funding sources available but not all of them are as liquid as they were,” he said.

Given that Volkswagen is one of the most liquid and financially strongest car companies in the world, the situation with other car manufacturers may be much worse.

“We appreciate the policy measures that have already been announced, which will provide much needed immediate support for employees and companies alike,” added Huitema, before adding that the EU must “take concrete measures to avoid irreversible and fundamental damage to the [car] sector”.

As a second step, Huitama adds, the EU should be prepared to support the car sector’s recovery after the period of lockdowns is over. It is important to note that this sector employs, directly or indirectly, nearly 14 million people in Europe.

It is estimated that a drop in global sales in 2020 may be at least 15%. Some car manufacturers said they expect a 35% drop in sales for March. Moreover, European automotive supplier association (CLEPA), said it expects to lose 20% or more of revenue amid the coronavirus outbreak.

As the car industry tries to navigate through the global economic crisis, some car stocks are holding up better than others. Thus, here is a list of 3 automakers whose stocks are faring up relatively well given the scale of the ongoing crisis.

Toyota Motor Corp. (T:7203), the world’s second largest car manufacturer by sales, yesterday announced it plans to restart its production in North America on April 20. The car giant has 15 plants in the United States, including a major production facility in San Antonio, Texas.

In addition, Toyota has also been forced to suspend seven production lines in five Japanese plants as of April 03. It was reported yesterday that Toyota is seeking a $9 billion credit from two major Japanese banks to get through this difficult period.

Still, Toyota stock price is holding up really well. Actually, it is doing the best job of all car maker stocks. Early February, shares of Toyota were trading at a 4-year high. Since then, the price action corrected nearly 28%, which is significantly less than the drop of other car stocks in the same period.

Moreover, shares of Toyota gained nearly 10% in the last week.

Honda Motor Co. (T:7267) finds itself in a similar situation as Toyota. The world’s seventh largest car producer by sales has said it plans to reopen U.S. and Canadian factories on April 7, nearly two weeks earlier than Toyota, after it closed four U.S. vehicle plants on March 23.

“In undertaking this production adjustment, Honda is continuing to manage its business carefully through a measured approach to sales that aligns production with market demand,” the company said in a statement yesterday.

Shares of Honda lost around 32% since the start of the coronavirus outbreak. However, the Honda stock price has managed to gain more than 20% in the last 10 days, almost halving its recent losses.

Hyundai Motor Co. (KRX:005380) is another South Asian car producer whose stock is performing relatively well. Since this area was hit first in the coronavirus outbreak, it is also the first in line to recover. The company said recently that it is halting production at its vehicle assembly plant in Chennai, India.

Early last week, South Korea said it will provide logistical and financial support for its national car manufacturers. Shares of the world’s fifth largest car producer by sales, Hyundai, have recovered nearly 30% since.

Although the Hyundai stock price fell more than 50% since early February, the stock has also recovered a portion of losses in quite a quick manner.

The suspension of production is an even bigger problem for car producers. The world’s largest manufacturers need billions of dollars on a weekly basis to weather the crisis as production plants across the globe are shut. Still, shares of Hyundai, Honda, and especially Toyota, are fairing up relatively well bearing in mind the challenge the car sector is facing.