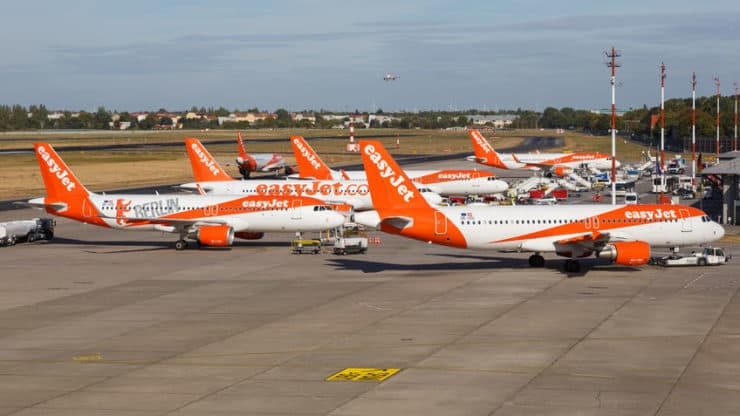 The Coronavirus pandemic has hit the global travel industry the hardest with multiple worldwide airlines struggling to sustain their financial stature enough to resume operations after the health crisis is over.

In its statement on Monday, UK’s low-cost carrier, EasyJet (LON:EZJ) announced that its entire fleet comprising more than 330 aircraft is to be grounded amidst the ongoing health emergency. The carrier gave no guidance about when the flights can be expected to restart.

The airline also declared 4,000 of its cabin crew in the UK to be placed on furlough starting on April 1st for the next 2 months. As directed by the UK’s job retention scheme, the crew will be getting 80% of the average salary during this time.

With traveling coming to a standstill in Europe, airlines are struggling to survive as the restrictions on traveling and tourism have left them with no revenue. A bunch of airlines in the United Kingdom were previously relying on the government to announce financial support targeted directly at the airline industry.

Last week, however, the government told the airlines to first try and raise capital by themselves. They were directed to explore all available options including negotiating with existing investors for additional funding. If none of the options work, the government said, it will step in and devise an aid package for the airline industry.

EasyJet’s statement on Monday also highlighted that the company is currently focusing on liquidity in the short-term. It is resorting to saving costs and is communicating closely with the suppliers to minimize or defer payments. The company also said that it was negotiating with liquidity providers as well.

The recent move of grounding its entire fleet, as per the airline, helped cut a huge chunk of costs.

In separate news, Loganair announced on Monday to have exhausted its available options. It now plans on seeking government support later this week. Loganair is the UK’s low-cost regional carrier for travel from the Scottish islands to the mainland.

According to the Financial Times, Virgin Atlantic has already applied for government financial support amidst the economically challenging time.

At the time of writing, EasyJet is trading at 557 pence per share in the stock market that marks an over 60% decline in 2020 so far. The company has a market cap of £2.21 billion with a price to earnings ratio of 6.33.