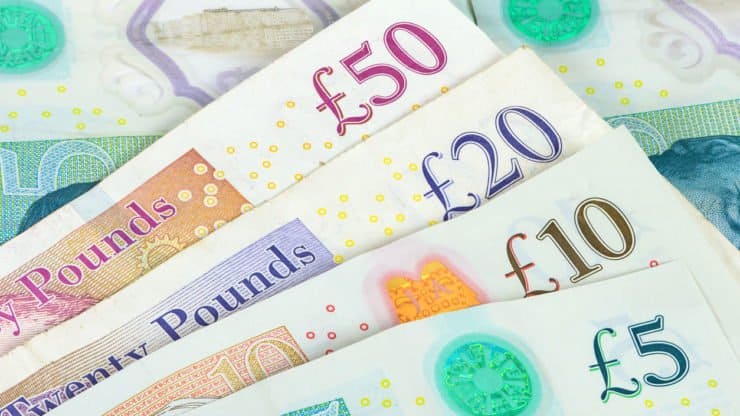 The British pound rose against the US dollar as the market reacted to new data on Coronavirus. The number of infections in some European countries like Spain and Italy has started to fall. The market also reacted to the UK construction PMI data from the Chartered Institute of Purchasing Managers (CIPS) and a new report on UK auto sales.

British pound rises against the dollar

The data showed that the UK construction PMI dropped to 39.3in March after rising to 52.6 in February. A PMI reading below 50 usually shows that the industry is contracting. The gains seen in February were the first time the sector expanded since April last year.

It was also the worst number recorded since the last financial crisis. Economists polled by Bloomberg expected the PMI to decline to 44.0

The construction industry is very important in the UK. According to the Office of National Statistics (ONS), there were more than 2.4 million construction jobs in the country. These jobs were created by more than 300k construction companies.

The sector saw a major decline in a moth that COVID-19 cases continued to rise in the country. The latest data show that there were more than 47k cases in the country. Almost 5,000 people have died from the disease and yesterday, Boris Johnson was admitted in hospital because of the illness.

The data came a week after data showed that the important services PMI in the UK dropped to an all-time low of 34.5. The manufacturing PMI contracted for the second straight month.

The data came less than two weeks after the UK government decided to halt the property market. This measure was urged by UK bankers, who complained about the difficulty of valuing the market. This means that valuation and sales are not happening. In addition, because of the countrywide lockdown, very little construction work is happening.

Surprisingly, the Coronavirus pandemic came at a time when the UK property market was booming. Official data released by Halifax in March showed that house prices in the country rose by 4.1%, which was the fastest rate since 2018. The rise, which was known as Boris Bounce, came as more people moved to buy property following the decisive December election. Another report by Nationwide Building Society showed that house prices rose by about £3,000 in February.

The worse is getting started, and the British pound could be pressured. A report released yesterday by Knight Frank said that house prices would collapse this year as more potential buyers stay put due to COVID-19. The analysts predicted a V-shaped situation where house prices drop by 3% this year and then bounce back in the coming year.

The collapse of the housing market will have significant challenges for the UK. Some retail companies, like JD Sports, have said that they won’t pay rent. More businesses are expected to go bust this year. Therefore, the problems could reach the finance sector, which depends on the timely payment of rent. As mentioned above, more than 2.4 million jobs in construction are at risk. Other people employed in the supply chain too could be axed.

Similarly, property agents in the country have continued to suffer. In a report to The Guardian, Lucy Pendleton, who owns a property agency, said that the company had furloughed her staff. Property portals like RightMove and Zoopla have announced that listings have declined by more than 50%.

In addition to the housing market, traders reacted to a new report that showed that auto registrations dropped by an annualized rate of 40% in March. About 250k units were shipped, which was the lowest growth rate in years.

This was a continuation of a trend that started in 2016 when auto sales began to move lower. According to the report, auto registrations are expected to drop by 2.5% to 2.25 million this year. All this negative data has made the British pound to fall by more than 6% against the US dollar this year.