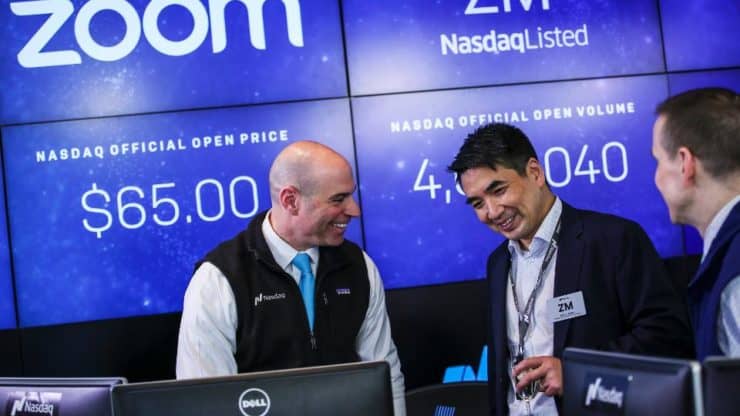 Written by:
Michael Harris
6th April, 16:53
Are you looking for fast-news, hot-tips and market analysis? Sign-up for the Invezz newsletter, today.

Zoom issued a statement, urging its users to be cautious as to where they save videos.

“Should hosts later choose to upload their meeting recordings anywhere else, we urge them to use extreme caution and be transparent with meeting participants, giving careful consideration to whether the meeting contains sensitive information and to participants’ reasonable expectations,” the company said in a statement to the Post.

These videos were found on the online storage space, and they were saved without passwords, hence a simple online search for these types of videos yields around 15,000 videos.

“We are alarmed by the Zoom-bombing incidents and are seeking more information from the company about its privacy and security measures in coordination with other state attorneys general,” Connecticut Attorney General William Tong said.

Zoom-bombing refers to the situation where malicious actors are entering Zoom calls and disrupting them by screen-sharing offensive imagery.

In the meantime, Credit Suisse analyst Brad Zelnick cut Zoom stock rating from neutral to underperform today, but with a price target upgraded from $95 to $105.

“We commend Zoom for being a superhero of the current health crisis, though our responsibility as equity analysts compels us to distinguish great companies from great stocks,” said Zelnick.

The key reason behind the downgrade, according to Zelnick, is the fact that the stock trades at 40 times consensus estimates for 2020 revenue.

Following today’s pullback, Zoom stock price has now retreated around 35% from the record highs, set two weeks ago. Since the market opened, shares of Zoom have managed to recover around half of their losses from the pre market trading session.

Today’s low comes very near the key horizontal support at $107.38, where we can expect a significant buying interest to appear. On the upside, the zone around $135 can generate another round of selling interest.

Shares of Zoom have opened the new week more than 11% lower after new reports emerged concerning the lack of privacy and safety surrounding Zoom’s video app. Moreover, Credit Suisse analyst downgraded the stock to underperform, with a stock price target of $105.