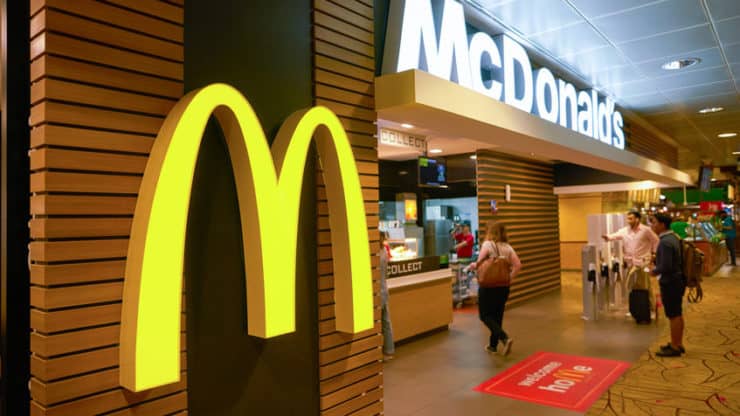 McDonald’s Corp (NYSE:MCD) is facing a class action lawsuit for allegedly subjecting its female workers to sexual harassment at its fast-food restaurants in Florida.

According to lawsuit filed in the Federal Court of Chicago on Friday:

McDonald’s immediately responded to the lawsuit highlighting its undying commitment towards ensuring a safe work environment that is free from all forms of sexual harassment. The American fast-food company said:

“The plaintiffs’ allegations of harassment and retaliation were investigated as soon as they were brought to our attention, and we will likewise investigate the new allegations that they have raised in their complaint.”

The plaintiffs, McDonald’s ex-employee Ashley Reddick, and a current employee Jamelia Fairley, are representing Florida-based female workers at over 100 of McDonald’s non-franchise corporate-owned locations. As per the lawsuit, plaintiffs are seeking compensatory damages worth £397 million and additional penalties as well.

According to Reddick and Fairley, McDonald’s didn’t train its workers against sexual harassment. The company shuffled sexual bullies between locations with no regard to the consequence.

“McDonald’s strategy in Florida appears to be: deny, ignore, and punish anyone who complains too loudly, and at times, move harassers from one restaurant to another restaurant, where they have access to and can further harass more women.”

Reddick was a McDonald’s employee from 2015 to 2018 at its Sanford location. She was terminated for lodging a complaint against inappropriate touching and sexual comments from a male co-worker. Fairly served at the same location from 2018 and was reportedly harassed by 2 male co-workers, as per the lawsuit.

The lawsuit further adds that the management was informed of sexual harassment in both instances but it refused to take the required action.

95% of McDonald’s U.S Restaurants Are Run By Franchisees

In Michigan, another class action is already active against McDonald’s. The fast-food company says that 95% of its restaurants in the United States are operated by franchisees which is why McDonald’s can’t be blamed for instances of sexual harassment at the restaurants that it doesn’t operate.

A California-based federal appeals court agreed with McDonald’s argument in 2019.

Mr. Khan specialises in Public Health by academia but is a trader by passion. Taking up two new hobbies of writing and trading in his teen years, he is now a professional trader and news writer with over 5 years of experience in various financial markets. Khan is passionate about bringing insightful articles to his readers and hopes to add value to their portfolios.
Related news
Honda Motor to get a 1% stake in China’s EV battery manufacturer CATL
10th July, 15:39
United Airlines strikes a tentative deal with its pilots’ union on voluntary furloughs & early retirement
10th July, 14:22
Danish brewer Carlsberg says its H1 operating profit will be stronger than expected
10th July, 13:36
China’s Bohai Bank prices its initial public offering to raise £1.35 billion
10th July, 12:29
Intrum expects its Q2 financial results to be stronger than its previous guidance
10th July, 10:03
Related market data
Invezz uses cookies to provide you with a great user experience. By using Invezz, you accept our privacy policy.