Home » News » Features & market analysis » Gold prices could reach $1,900 in May on this chart pattern

Gold prices could reach $1,900 in May on this chart pattern 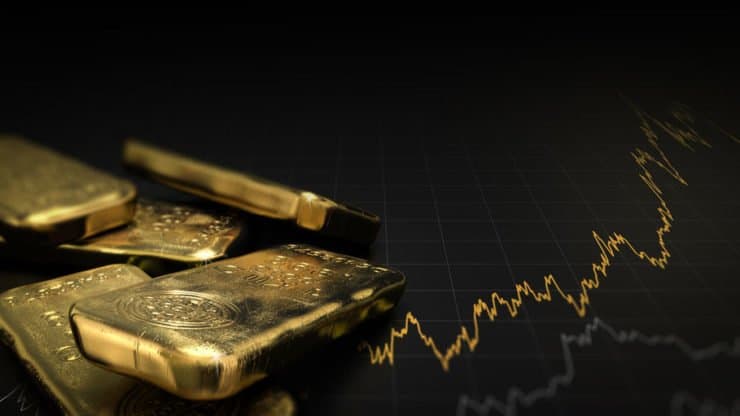 After gaining nearly 7% in April, gold prices are consolidating near highs. The price action is forming a bullish pennant chart formation that can extend the current uptrend to $1,900 in the coming weeks.

The COVID-19 outbreak has caused a halt in manufacturing activities across the globe and the gold mines are no different. Still, the world’s largest gold mining company – Newmont (NYSE:NEM) – is managing to keep its mines operational.

National lockdowns and social distancing measures introduced around the globe forced Newmont to focus on around 5,000 essential workers, out of nearly 30,000 it employs on a regular basis.

“Our big, world-class assets are still performing well,” said Palmer, before adding that the company is operating at 75% production capacity. Newmont’s mine in Argentina’s Cerro Negro has reopened while its operations in Mexico are still shut. Palmer says that getting mines up to the running speed is “a matter of weeks”.

“The mining industry worked very well early-on in the process to develop a set of protocols to allow mines to continue operating in Australia,” said Palmer while applauding the Australian government on handling the crisis.

He also added that choppines in the market may disappear soon but a cloud of global uncertainty is likely to keep being supportive of gold prices.

“Gold was sitting at the $1,400-$1,500 price range before the pandemic came along, and now we’re seeing global economic uncertainty plus the level of fiscal and monetary stimulus taking place. It’s really pushing gold firmly into the $1,700 range, if not higher,” concluded Palmer.

Invezz reported earlier that a respected analyst Bill Baruch believes that gold prices could reach $2,000 in 2020 on the inverses head and shoulders pattern.

Gold prices gained around 7% in April in a best month since August last year. The month’s high of $1,747 is the highest the gold prices traded since November 2012.

Following this high, the price action has been consolidating around the $1,700 mark in a symmetrical triangle. Overall, the price action is creating a bullish pennant chart formation, which is a continuation pattern used to extend the uptrend higher.

Gold prices are consolidating near the recent highs around $1,700. The activation of a potential bull pennant chart formation could take gold prices to $1,900 in the coming weeks.