3 oil stocks to buy in May 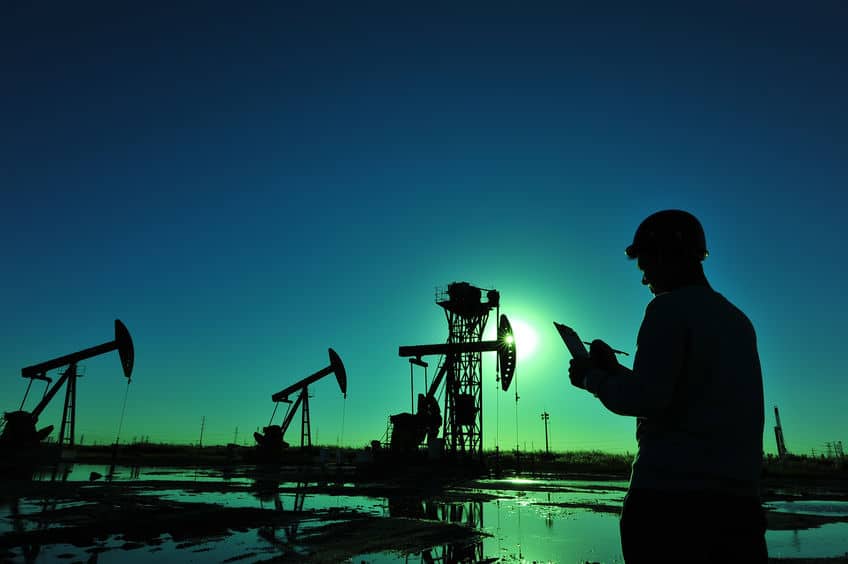 Global oil prices have rebounded strongly in the past two weeks as investors bet on an uptick in demand, as nations around the globe prepare for a gradual reopening for business. The national lockdowns imposed by governments to fight the spread of COVID-19 are likely to cause the biggest economic contractions in decades.

“Many market participants believe there is light at the end of the tunnel [for oil prices]. But while the inflection point appears near, we would describe the current environment as the darkest hour just before the dawn. With oil inventories still increasing, crude oil prices remain vulnerable to renewed setbacks,” the UBS analyst Giovanni Staunovo said.

The latest data from the U.S. Institute for Supply Management (ISM) showed that the institute’s non-manufacturing index contracted to 41.8 in April from 52.5 in March, making the April reading the lowest since 2009. In general, any reading below 50 signals that the service sector is shrinking.

“Respondents are concerned about the continuing coronavirus impacts on the supply chain, operational capacity, human resources and finances, as well as the uncertain timelines for the resumption of business and a return to normality,” said Anthony Nieves, chair of ISM.

Business activity, which is a good indicator for the oil demand, plunged to 26% from 48%, the lowest reading since the tracking started in 1997.

Read more: How to buy shares in 6 simple steps

As the businesses are reopening, the oil industry is hoping for a much-needed boost in the energy demand. Given that the travel industry is expected to continue suffering from a crash in demand, energy suppliers will be hoping that exits from lockdowns will boost crude demand.

Last month, Invezz reported that the International Energy Agency (IEA) projected a new 25-year low in April for crude oil demand. The Agency believes that global oil demand for this year will drop by 9.3 million barrels a day (mb/d), compared to last year.

However, the cautious reopening of economies has made investors who trade oil believe there is a light at the end of the tunnel for the energy sector. Compared to the April 21 low of $6.50, crude oil prices (the June contracts) are trading nearly 300% higher, above the $25 mark.

“The market is still vulnerable but now one thing is clear, the demand bottom is behind us, and this is manifesting in oil prices which are on the rise,” said Per Magnus Nysveen at consultancy Rystad Energy.

Given the renewed optimism, here are 3 oil stocks that are likely to surge if the recovery in oil prices continues for the rest of the month.

The Saudi Arabian Oil Company (TADAWUL:2222), better known as Saudi Aramco, is the largest oil-producing company in the world. As such, it is likely to benefit immensely from a rebound in crude oil prices.

Aramco is considered to be the world’s most profitable company, due to low production costs. In 2018, the company raked in more than $111 billion in the net income. The state-owned company went public in December last year, after deciding to offer 1.5% of the company’s total value for trading, valuing Aramco at $1.7 trillion.

Given that Saudi Arabia is OPEC’s most influential member and the world’s biggest oil producer, its actions have an impact on crude oil prices. Under the terms of the new agreement between OPEC countries and its allies, Aramco will cut crude production by 23% to about 8.5 million bpd in May and June in order to boost market prices and decrease supply amid the collapse in demand.

Chevron Corp. (NYSE: CVX), the US-based giant, is the world’s seventh largest energy company with an annual revenue exceeding $160 billion. Invezz reported that Chevron managed to earn £1.54 per share in the first quarter, versus the year-ago figure of £1.11 per share.

Shares of the company gained around 10% last year, while the company has committed to taking all necessary measures to maintain its dividend amidst the financial crisis. Looking at the bigger picture, Chevron stock price is holding up relatively well given the catastrophic year that the entire oil industry is having.

Phillips 66 (NYSE:PSX) is another US-based constituent of the world’s ten largest oil companies. Its revenue for 2018 was reported at more than $111 billion, with the refining segment accounting for 60% of the total revenue.

Phillips 66 stock was in 46 hedge funds’ portfolios at the end of the fourth quarter of 2019, which isn’t surprising given the stock’s strong rebound in previous weeks.

Similar to Chevron, shares of Phillips 66 have recorded compelling gains in the past few weeks, erasing around 70% of earlier losses. The stock price looks primed for a trip above the $100 mark, which translates into at least 10% of gains compared to the current market price of $92.89.

Following the historic lows in the crude oil market in April, the market has rebounded strongly in the past two weeks, climbing nearly 300%. This rally has provided a light at the end of the tunnel for energy investors, with shares of Aramco, Phillips 66, and Chevron primed to outperform the wider oil market on a sustained rebound in crude oil prices.