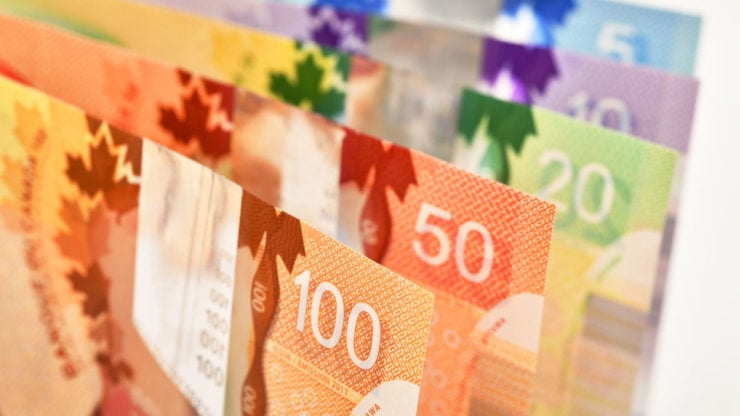 The USD/CAD pair dropped today as the market reacted to the disappointing employment data from the United States and Canada.

Canada has been among the worst-affected countries in the world. The health ministry has confirmed more than 64,000 infections and more than 4,000 deaths. At the same time, the country has had to deal with plunging crude oil prices.

As a result, data from Statistics Canada showed that a record 1.9 million Canadians lost their jobs in April. This was better than the 4 million that analysts polled by Bloomberg and Reuters were expecting. It was also worse than the 1 million jobs that were lost in March.

At the same time, the number of people who worked less hours rose by 2.5 million from February to April.

“The magnitude of the decline in employment since February (-15.7%) far exceeds declines observed in previous labour market downturns.”

According to the bureau, all Canada’s provinces were hit hard. The unemployment rate rose to 17% in Quebec followed by Nova Scotia, where the rate jumped to 16.1%. Saskatchewan was the least affected, with the rate jumping to 12.7%.

The weak employment numbers were expected since the country was in a lockdown for most part of the month. Also, according to the government, millions of Canadians have signed for jobless claims in the past month.

The USD/CAD pair has also reacted to the low oil prices. As the fourth-biggest crude oil producer in the world, the Loonie tends to react to the movement of crude oil prices.

This year alone, the price of oil has dropped by more than 60% because of oversupply and low demand. As a result, the amount of foreign currency coming to Canada from oil trade has been on a downward trend.

Indeed, the Canadian dollar has dropped by more than 7% against the US dollar. Other oil currencies like the Mexican peso and Norwegian krone have fallen by 16% and 25% respectively.

Further, other sectors of the Canadian economy have struggled because of the lockdowns. Recent data from Markit and RBC showed that the manufacturing PMI dropped to a record low of 33. In the report, Tim Moore of Markit said:

Other data like retail sales, housing starts, and inflation have also disappointed. As a result, analysts expect the country to go through its worst recession in decades.

The USD/CAD pair dropped from the day’s high of 1.4175 to an intraday low of 1.3928. On the four-hour chart, the pair is within the channel between 1.4263 and 1.3860. The price is also slightly below the 38.6% Fibonacci retracement level and the 50-day and 100-day exponential moving average. The pair may continue falling since the Canadian dollar is being supported by relatively higher oil prices. If it does, it will likely test the support at 1.3928.