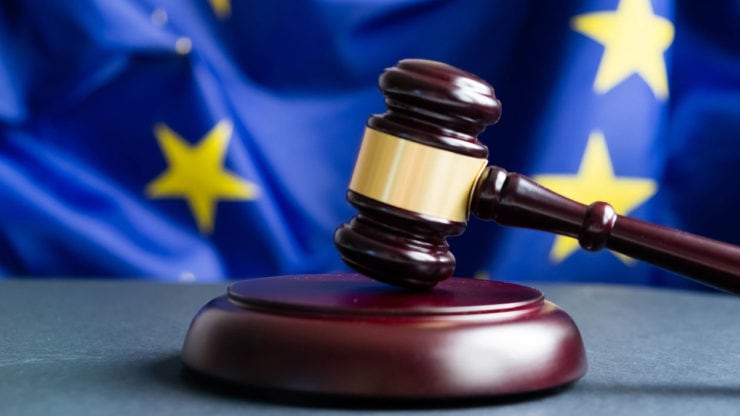 The EUR/USD pair was little changed today as the market reacted to news of confrontation between the European Commission and Germany.

The EUR/USD pair wavered today after the European Commission warned that it will sue Germany. The confrontation between EU’s institutions started last week when a German court overruled a previous ruling by the European Court of Justice (ECJ) on the legality of Quantitative Easing (QE).

In a ruling last week, a German constitutional court threatened to block fresh purchases of German bunds by the bank. The judges also asked the German government to ensure that the bank carried out a proportionality assessment on the QE. In addition, the judges argued that the practise constitutes a risk that encroaches on the competencies of parliaments.

You can read the English version of the German court ruling here.

In response to the ruling, the ECB said it would continue to do “everything within its mandate to ensure that inflation rises to levels consistent with its medium-term aim.” The bank also said that it was answerable to the European Parliament and the Court of Justice of the EU. And, in a statement, Ursula von der Leyen said, “the final word on EU law is always spoken.”

According to Bloomberg, it is possible for the European Commission to sue a member country. The easiest route will be to file infringement proceedings against Germany in the ECJ, the same court that the German court accused.

“It’s very possible that the existence of the euro is now put into question in other European Union member states because every national constitutional court can decide for itself. This situation makes nobody happy.”

To starters, QE is a relatively new monetary policy tool that central banks started to experiment with in 2009. In it, a central bank “prints” money and buys financial assets like government and corporate bonds.

The ECB has acquired assets worth more than $2.8 trillion while the Fed has expanded its balance sheet to more than $6 trillion. The BoJ, BOE, and the RBA are the other banks that have acquired billions worth of assets to stabilise the market.

At the same time, QE has not been popular in Germany, where academics have written papers and sued the ECB against the process. Last week, while a German court ruled that QE was legal, it asked the government and parliament to conduct a proportionality assessment to ensure that its benefits outweigh the risks.

The EUR/USD is probably reacting because, left unchallenged, other courts in the European Union countries could challenge its legality. By so doing, this would deny the ECB an important monetary policy tool.