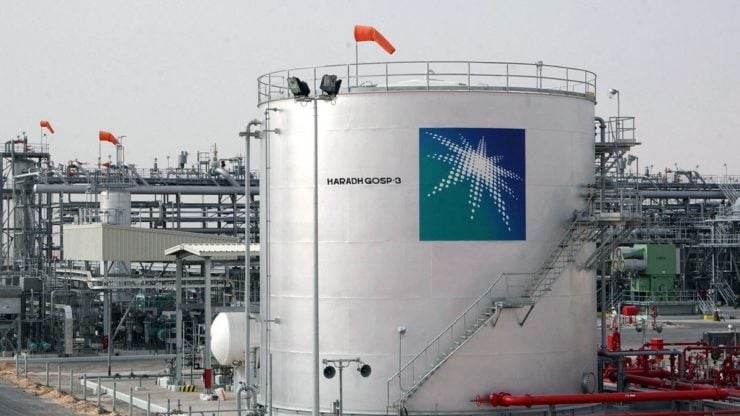 Saudi Aramco announced its net profit in the first quarter to have declined by 25% on Tuesday. The company’s quarterly dividend, however, matched its plan of paying £60.74 billion to its shareholders in base dividends in 2020. Analysts had anticipated Aramco to slash government payout but maintain its dividend for minority shareholders.

In the quarter that ended on 31st March, Aramco reported a net profit of £13.48 billion after tax and zakat that came in significantly lower than £67.46 billion in the same quarter last year.

Experts, on the other hand, had expected the state oil giant to print £14.42 billion in net profit in Q1.

Saudi Aramco also said on Tuesday that it paid out £10.85 billion to its shareholders in recent months as Q4 dividend. Its first-quarter dividends of £15.19 billion, as per the company, is the highest as compared to any other company listed worldwide. Payments for first-quarter dividends, Aramco added, will be made in Q2.

The oil company refrained from divulging any further information about its dividend policy in the future.

Aramco’s performance in the first quarter was weighed by the Coronavirus pandemic and the price war that resulted in a 65.6% decline in Brent crude prices in Q1. To remedy the situation, OPEC+ producers pledged a historically unparalleled 9.7 million BPD (barrel per day) cut on oil supply starting from May. The move is aimed at minimizing oversupply and lift oil prices.

In the first quarter, the oil major’s cash flow ascribed to the operating activities was noted at £18.14 billion versus the year-ago figure of £19.84 billion.

Aramco seeks a 70% stake in SABIC

In separate news, Aramco is seeking a 70% equity stake in SABIC. The planned acquisition of the petrochemical maker, as per the company, is right on schedule and is expected to close in Q2. According to Aramco:

“All necessary regulatory clearances have been obtained. An announcement will be made in due course.”