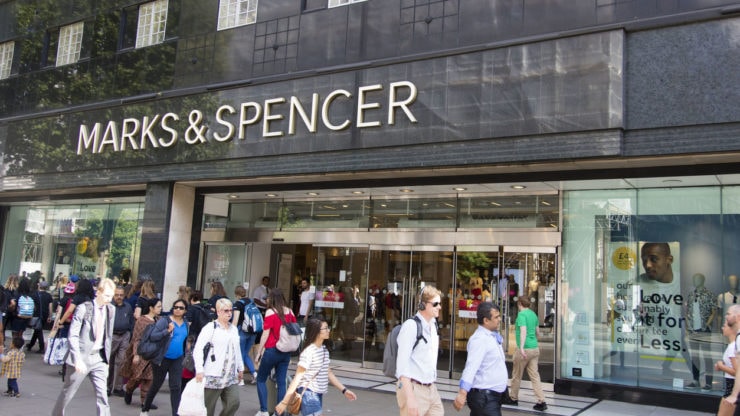 The UK has been among the worst affected countries by the coronavirus pandemic. The disease has infected more than 220,000 people and killed more than 32,000 of these. It ranks as position four and two on infections and deaths, respectively.

At the same time, the UK economy has been affected significantly since the country is also battling Brexit issues.

According to the Office of National Statistics (ONS), the country’s economy contracted by 2.0 per cent in the first quarter. This was the worst contraction since the last financial crisis. According to the office, the decline was mostly because most companies stopped operating in the final month of the quarter as they complied to government’s regulations. Analysts polled by Bloomberg were expecting the economy to have contracted by 2.5 per cent.

The economy shrunk by 1.6 per cent on an annual basis, after expanding by 1.1 per cent in the fourth quarter. It fell by a record 5.8 per cent in March alone, the worst-performance since 1997.

According to the bureau, most industries contracted in the first quarter. As expected, the accommodation and food services industry was the worst affected, declining by 9.5 per cent. This was mostly because most companies in the industry were not operating in the final month of the quarter.

Other weak performers were transport and storage, administrative and support, education, and wholesale and retail.

The GBP/USD pair reacted to news that the services sector declined by 1.9 per cent in the quarter. This is an important sector in the UK, employing millions of people. Still, this was in line with the weak PMI data released by Markit.

Production declined by 2.1 per cent in the quarter. Mining and quarrying was the worst-affected sub-sector in production followed by water supply, and electricity.

Meanwhile, manufacturing production declined sharply, mostly because of a fall in transport equipment manufacturing. The sector declined by 4.6 per cent in March, which was slightly better than the expected decline of 6.0 per cent.

At the same time, the construction sector continued to languish. Output fell by 2.6 per cent between January and March. The output declined by 7.1 per cent in March alone.

The GBP/USD pair is also reacting to Brexit issues. While the third round of talks are continuing, analysts expect little or no progress at all. That is because of the wide differences between the UK and the European Union on key issues.

The biggest differences between the two are on trade and fisheries. For example, the UK has called for a Canadian-style agreement, which removes tariffs and quotas on most items. The EU has rejected this, saying that it will leave EU firms at a disadvantage.

Other differences are on the EU court of justice and the type of deal that will be signed. On the latter, the UK has called for several agreements while the EU has called for one large agreement.

The GBP/USD pair is on edge because the UK has until the end of June to ask for an extension to the transition period.

As a result of all these, most hedge funds and other speculators have increased their short bets on the British pound. Data from the CFTC showed that hedge funds were short more than 12,000 contracts in the futures market.

The GBP/USD pair is trading at 1.2300, which is slightly higher than the intraday low of 1.2250. On the four-hour chart, this price is along the 50% Fibonacci retracement level and below the 50-day and 100-day EMA. It is also slightly above the neckline of the head and shoulders pattern. Therefore, a break below this level will mean that there are sellers in the market, who will be keen to push it below 1.2200.