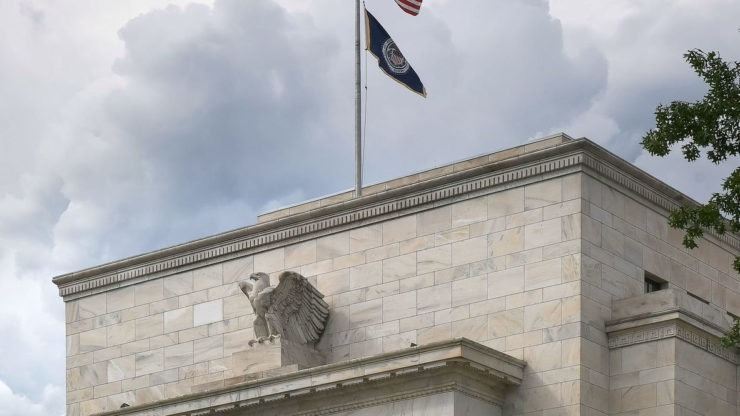 The US dollar index (DXY) pared early losses as the market reacted to a speech by Jerome Powell and the disappointing Producer Price Index (PPI) data.

US dollar index reacts to the PPI data

The US dollar index rose slightly even after data from the Bureau of Labour Statistics (BLS) released weak PPI data. The number, which measures the price of goods sold by US manufacturers, declined by 1.3 per cent in April. This was the worst decline since the bureau started releasing it in 2009. Analysts polled by Bloomberg were expecting the PPI to decline by 0.5 per cent.

In the same month, the core PPI declined by 0.3 per cent, which was also worse the first time it has ever contracted. The core PPI number measures the change in price of the goods excluding the volatile food, energy, and services.

According to the bureau, the index of final demand declined by 3.3 per cent in April. This was the worst decline since the records started. This decline was mostly due to a sharp decrease in the prices of gasoline, which declined by 56.6 per cent. The fall in gasoline prices was partially offset by a 12.6 per cent increase in beef and veal prices. Further, the index for processed goods fell by 3.7 per cent, which was the largest decline since 2008. The bureau said:

The US dollar index is usually highly very sensitive to PPI numbers because they are usually a measure of inflation.

The US dollar index also stabilised after Jerome Powell delivered a highly-anticipated speech to the Peterson Institute. In his written remarks, he warned the market that the US economy was facing a “deeper and longer recession.” He then said that the Fed will be ready to do more to help cushion the economy from this damage. He said:

“While the economic response has been both timely and appropriately large, it may not be the final chapter, given that the path ahead is both highly uncertain and subject to significant downside risks.”

The biggest mover in the US dollar index was the British pound and Swedish krone, which rose by 20 basis points.

The US dollar index rose to 100, from the intraday low of 99.56. On the four-hour chart, it has been moving within a channel with the support and resistance being at 98.65 and 100.84 since April. Also, the price is along the 38.6 per cent Fibonacci retracement level and above the 100-day EMA. Therefore, I expect the index to remain in this holding pattern ahead of the US jobless claims and retail sales data that will be released tomorrow and Friday respectively.

Crispus Nyaga is a finance analyst and trader with more than 7 years industry experience. He's contributed to some of the leading financial brands in the world including Seeking Alpha, MarketWatch, Forbes, and Investing.com. Crispus has an excellent understanding of global macroeconomic and geopolitical issues, is a big fan of golf, and lives in Nairobi with his wife, son, and nephew.
Related news
DXY: Here’s why the US dollar index is eying its 3-month low
15th July, 13:45
GBP/USD targets 1.2640 after upbeat UK consumer inflation data
15th July, 06:35
USD/JPY volatility sinks to 6-month low after BOJ interest rate decision
15th July, 05:04
DXY: Here’s why the US dollar index is falling today
14th July, 13:47
GBP/USD forms triple top as UK economy makes modest recovery
14th July, 06:52
Related market data
Invezz uses cookies to provide you with a great user experience. By using Invezz, you accept our privacy policy.