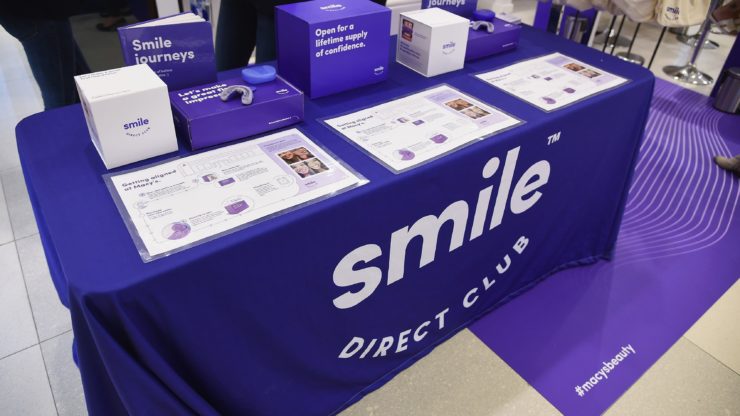 SmileDirectClub (NASDAQ: SDC) reported a broader quarterly loss on Wednesday than what the experts had forecast. The company said that the Coronavirus pandemic pushed it into closing the majority of its global SmileShops. Going forward, SmileDirectClub added, it will focus on its business for dental impression kits.

The Nashville-headquartered company was reported 3.5% down in after-hours trading on Wednesday.

SmileDirectClub’s performance in the stock market

At £5.82 per share, SmileDirectClub is currently around 15% down year to date in the stock market after recovering from £3.27 per share in March. The dental company went public in September 2019 when its shares were priced at £15.32. The stock, however, closed the year at a much lower £7.17 per share.

Amidst the health crisis, SmileDirectClub benefitted from its remote kit business and teledentistry platform. According to CEO David Katzman, kits business is likely to turn into a prominent source of revenue for the company that now expects growth in this division to lie in the range of less than 10% to more than 30%.

At £161.27 million, the online dental company reported an 11% increase in its quarterly revenue as compared to the same quarter last year. The revenue, however, came in weaker than experts’ forecast of £180 million. Adjusted for the economic blow from COVID-19, SmileDirect’s revenue would have been more than £192.68 million.

SmileDirectClub posts higher than expected loss per share in Q1

The teledentistry company registered a £24.02 million net loss in the quarter that ended on 31st March versus the year-ago figure of £16.81 million. Its report on Wednesday also highlighted £116.67 million costs associated with selling and marketing in Q1 that came in sharply higher than £78.46 million in the first quarter of last year.

The online dental company also announced on Wednesday that the rising Coronavirus uncertainty is making it difficult to give meaningful financial guidance for 2020 as it withdrew its full-year outlook that was previously given in April.

At the time of writing, SmileDirectClub has a market cap of £2.24 billion.