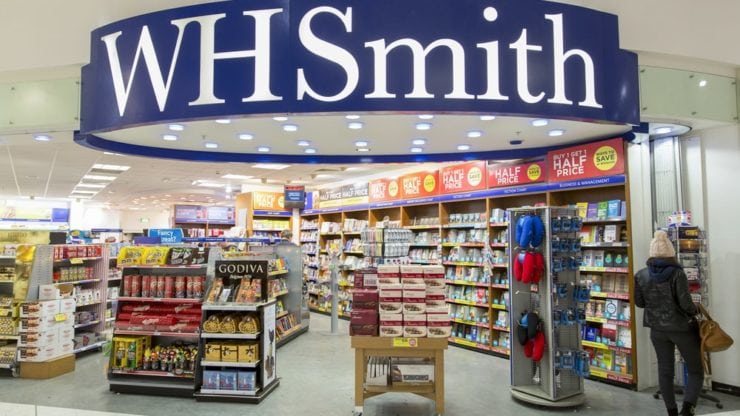 WH Smith (LON: SMWH) said on Thursday that its pre-tax profit in the first half of the current fiscal year came in slightly lower despite an increase in revenue. The company also warned of a more pronounced hit to its financial performance in the second half of fiscal 2020 due to the Coronavirus pandemic.

In the 6 months that ended on 29th February, the UK-based retailer of newspaper, books, and magazines reported a 3% decline in its pre-tax profit to £63 million as compared to £65 million in the same period last year.

On the revenue front, the company posted £747 million in the first half that translates to a 7% year over year increase. WH Smith printed a 1% increase in comparable-store sales fuelled by its travel revenue that jumped 19% in the first six months of the financial year.

In a bid to shore up finances, the retailer’s board suspended interim dividend to cushion the economic blow from COVID-19 that has so far infected more than 229,500 people in the United Kingdom and caused over 33,000 deaths. WH Smith also furloughed a significant part of its workforce during the crisis. According to CEO Carl Cowling of WH Smith:

“There was very little impact of COVID-19 on our first-halt results, however, inevitably the performance in the second half will be very different.”

In April alone, the British retailer saw an 85% decline in its revenue ascribed to the Coronavirus lockdown that weighed on trading. Being pushed into temporarily closing stores, it generated 91% lower sales from its travel arm while its high street division also noted a 74% decline in sales.

But WH Smith’s online sales specifically of books surged in April by an unparalleled 400%.

WH Smith has a total of 1,194 stores in its travel division. Out of these, 130 in hospitals remained open during the pandemic to serve NHS workforce, and offer grocery items. Its high street division kept 203 stores with Post Offices out of a total of 575 operational during the lockdown.

The British retailer also said that it plans on using a phased approach to reopen the rest of its countrywide stores.

WH Smith is currently roughly 65% down year to date in the stock market. It is valued at £1.14 billion and has a price to earnings ratio of 8.96.