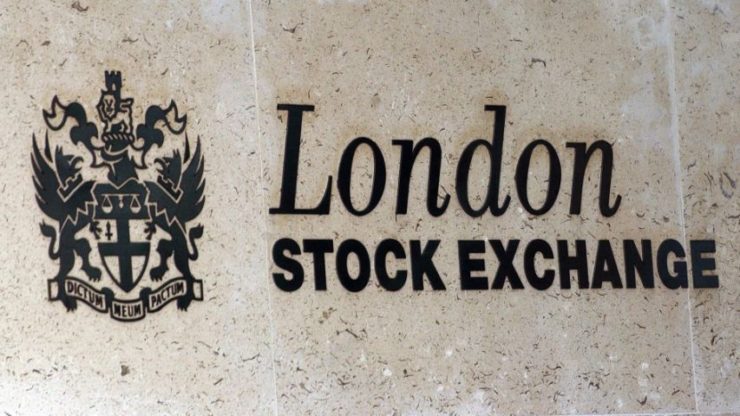 London stocks were reported higher at the end of the trading session on Friday on an improvement in China’s monthly report on factory output that marked the first in 2020 and stirred optimism for resource companies. The rising Coronavirus uncertainty and the associated blow to the global economy, however, saw the benchmark indices closing lower on a weekly basis.

According to TS Lombard’s head of strategy, Andrea Cicione:

“We just can’t afford the risk of lowering the guards too early, which means we just simply can’t go back to normal anytime soon.”

The UK’s blue-chip FTSE 100 index that is known to be commodity-heavy closed roughly 1% up on Friday with miners like Glencore (LON: GLEN), Rio Tinto, and BHP Group taking the lead in intraday gains. A 2% increase in Royal Dutch Shell also contributed to FTSE 100’s gain on Friday.

The domestically focused FTSE 250 index, on the other hand, recorded a 1.7% increase on Friday primarily attributed to a 3.9% growth in China’s industrial production in April that came in stronger than expected as the largest economy in Asia eased the Coronavirus lockdown and returned to work.

Other noticeable price actions on Friday

Other noticeable price actions on Friday included an 8% increase in the British bookmaker, William Hill, despite posting a slump in revenue ascribed to the Coronavirus pandemic that pushed its retail network into a temporary shutdown.

on a Financial Times report that the telecommunications company is negotiating with infrastructure investors to sell its stake in Openreach. Funds from divesting the wholly-owned network subsidiary, the company added, will be used for the expansion of the UK’s full-fibre broadband network.

London’s transport operator announced to have received £1.6 billion in financial support from the government on Thursday to compensate for the decline in revenue until October. Following the announcement, bus operators including Stagecoach Group, Go-Ahead Group, and FirstGroup were reported upbeat with variable gains in the range of 4% to 9.5% on Friday.