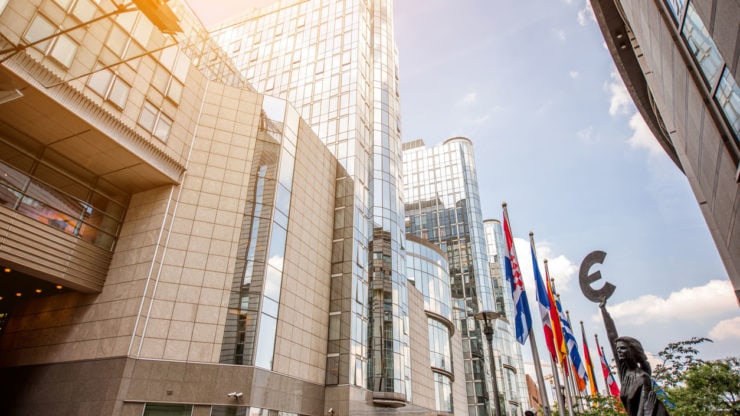 The EUR/USD pair added to the gains made yesterday after Angela Merkel and Emmanuel Macron reached a deal to provide more than $546 billion to help the European Union recover from the pandemic. The pair also reacted to the positive sentiment data from Germany.

The European Union has been hit hard by the current coronavirus pandemic. Its member states like Spain, Italy, France, and Germany are in the top ten list of infections.

Similarly, the region’s economy has been affected significantly. Data released last week showed that the region sunk into a recession in the first quarter. In Germany, the economy shrank by 2.2 per cent while the eurozone contracted by 3.8 per cent. The worst affected countries were Spain, Italy, Portugal, and the Czech.

Other data has shown how hard the region has been hit. For example, the manufacturing PMI in the European Union dropped to a record 33.4.

The problems in the EU have been exacerbated by the divisions among member states. A meeting called to debate the long-term investment ended in disarray. While the northern states suggested low-interest loans, the southern states like Italy and Spain wanted grants.

Today, Angela Merkel and Emmanuel Macron, agreed to support a $546 billion deal to help the most-affected countries. Merkel said that her country would accept a fund within the EU budget to help finance projects in countries like Italy and Spain. The bonds that will be issued by the European Commission will be repaid from the EU budget. She said:

“The EU must act together. The nation state has no chance if it acts on its own. This is the biggest challenge in the history of the EU.”

The new deal will now need the support of the 27 member states of the EU. The EUR/USD pair jumped by more than 30 basis points and is now at the highest level since May 4.

The EUR/USD momentum was dragged by a series of weak economic data from the region. Earlier today, data by the European Free Trade Association showed that companies sold just 292k cars in April. This was the lowest data recorded since the association started collecting the number in 1990. In total, auto sales dropped by more than 40 per cent in the first four months.

Another data from Germany showed that current conditions dropped to a record -91 in April. This number, which summarizes the net percentage positive and negative responses on the conditions of the economy, fell to the lowest level on record. It was worse than the expected decline of -77.5. Another data from the EU showed construction output slumped by more than 14.15 per cent.

The EUR/USD pair jumped to an intraday high of 1.0955. On the four-hour chart, this price is above the 50-day and 100-day exponential moving averages. The price is a few pips below the 78.6 per cent Fibonacci Retracement level. Therefore, I expect the EUR/USD to continue gaining as bulls remain under control. However, a move below 1.0900 will invalidate this trend. This price provides strong psychological support and is also slightly below the 61.8 per cent Fibonacci retracement.