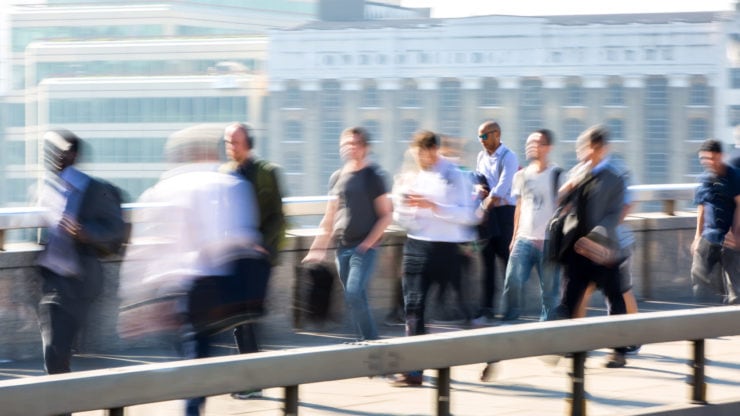 The number of claimants increased by 856k in April, which was higher than the expected 676k. This number is like the jobless claims in the United States.

Still, while the numbers released today were good, they do not capture the entire picture of the labour market in the UK. This is partly because they don’t include April, which was the most affected month. The report said:

“The latest Vacancy Survey estimates for the period February to April 2020 show that the number of vacancies decreased by 21.0% compared with the previous quarter, showing a slump in the demand for labour. The decrease of 170,000 vacancies is the largest quarterly fall in the history of the time series.”

Meanwhile, data from the ACEA showed that car registrations in April dropped by more than 98 per cent in the country. This was expected since most people in the country were requested to stay at home.

The GBP/USD has been under pressure as the UK faces two challenges at the same time. The country has confirmed more than 246,400 cases, the fifth in the world and more than 34,000 deaths. The number of active cases has continued to rise.

The economic damage caused by the disease is visible. The country’s GDP is expected to contract at the fastest pace on record while many companies are starting to go out of business.

The service PMI and manufacturing PMI have declined to the lowest level on record. Similarly, the industrial production, hotel industry, and other industries have been under pressure. Companies too have been under pressure. For example, Intu, the real estate giant, has warned that it will not pay its debt obligations. Meanwhile, companies like the British Airways and Hilton have warned that thousands of jobs are at risk.

At the same time, the country is battling with the European Union on a trade deal.  Last week, the third round of negotiations ended without a deal, raising the possibility that the UK will leave the union without a free trade agreement.

There are several things holding the two sides from a deal. First, the UK has proposed having a Canadian-style trade agreement with the EU. This situation would allow the country to access the European Union while drafting its own regulations. The EU believes that this will disadvantage its companies.

Second, the UK want absolute control over its rich fishing waters. EU negotiators have rejected this because they want to access these waters, where their fishermen catch 50-60 per cent of their fish. Similarly, there are differences about how the European Court of Justice (ECJ).

The UK has until June 30 to say whether it wants to extend the transition period. If it fails to do this, it will increase the likelihood of an ugly exit from the European Union. In a report, analysts at Danske Bank said:

“… and it seems like the negotiations are on the brink of breaking down ahead of the important decisions on a possible extension of the transition period, fishery and financial services before 1 July. We continue to expect no extension despite COVID-19. The next round of negotiations is set to begin on 1 June.”

The GBP/USD pair formed a double top pattern as shown on the daily chart above. The price is trading slightly below the 38.2 per cent Fibonacci retracement level and below the 50-day and 100-day exponential moving average.

Also, the pair has formed a head and shoulders pattern, and is now below its neckline. This means that the GBP/USD will likely remain under pressure as bears remain in total control. This will potentially see it test the important support at 1.2000.