Vroom files for an initial public offering in the U.S after seven years of operations 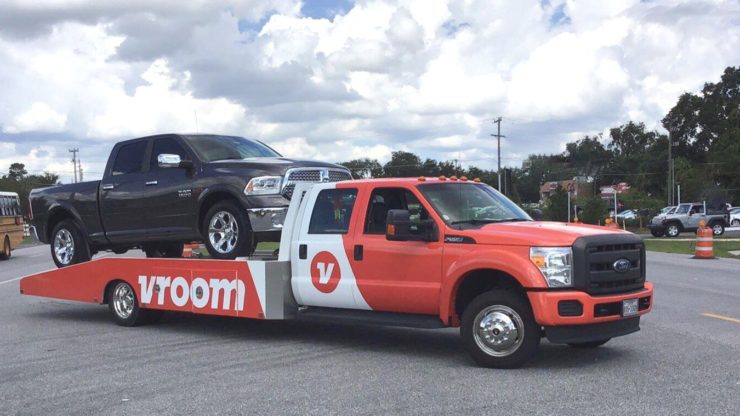 In its announcement on Monday, Vroom said that it has filed for an initial public offering (IPO) in the United States. The online platform to buy and sell used cars is planning to go public at a time when COVID-19 restrictions have fuelled an increase in consumer spending on e-commerce platforms.

Founded in August 2013, Vroom is planning its initial public offering after almost seven years of successful operations in the U.S. The company said it will use “VRM” as its stock symbol and has filed to be listed on the Nasdaq Global Market.

The New York-based company reported a massive increase in its online business resulting in an unparalleled 160% jump in the unit’s revenue in 2020’s first quarter.

Before the outbreak, car retailers were lagging in adopting e-commerce. With Coronavirus pandemic restricting people to their homes; however, auto dealers are now exploring digital tools to finalise sales online. They are committed to establishing an efficient system to pick up the required vehicle and deliver it to the destination without requiring buyers and sellers to be present at the store in-person.

The flu-like virus has so far infected more than 1.5 million people in the United States and has caused over 91,900 deaths. The pandemic resulted in a 16.4% decline in U.S retail sales in April.

In the quarter that ended on 31st March, Vroom posted its net loss attributable to the company’s common shareholders at around £33.55 million as compared to a higher £36.82 million in the same quarter last year. In its regulatory filing, Vroom also highlighted an about 60% increase in its revenue in the first quarter.

Vroom’s Arizona-based competitor, Carvana priced it shares at £12.25 in 2017 when it went public. At £89.88 per share, the company registered its record closing high on 21st February that was followed by a downward rally that ended in a low of £18.12 per share in March due to the Coronavirus driven market selloff.

Despite posting an increase in losses in its Q1 earnings report, Carvana has now recovered to £80.5 per share that marks a 7% gain year to date in the stock market.