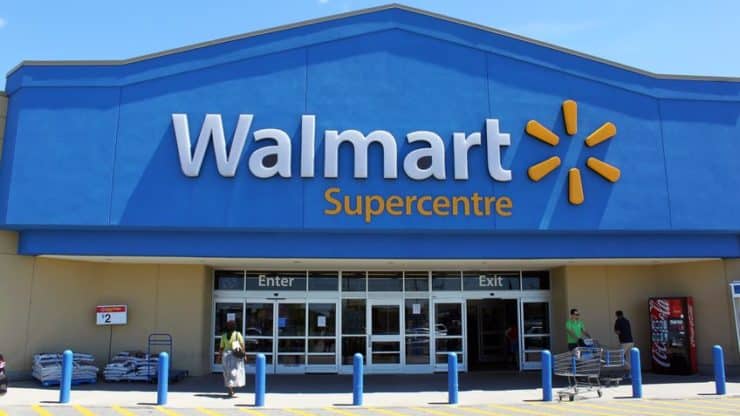 Shares of Walmart gapped more than 3% higher today after the company announced better-than-expected results for the first-quarter. A surge in demand has forced Walmart to hire nearly a quarter of million new workers.

Walmart reported that it earned $1.18 per share in the first-quarter ending April 30, higher than $1.12 per share expected from the Wall Street analysts. Moreover, the Arkansas-based retail giant recorded an 8.6% surge in revenue to $134.62 billion, again exceeding Wall Street’s expectations of $132.80 billion.

The company’s e-commerce skyrocketed 74% in the United States, while the same-store sales grew 10% compared to a year ago. In order to better cope with the surge in demand, Walmart says it hired as many as 235,000 new workers during the COVID-19 crisis.

“Not only have products and categories like hand sanitizer, disinfecting wipes and sprays, toilet paper, beef, and pork been hard to find but items such as laptops, office chairs, and fabric have been cleared out in some of our stores and online. We’re working to recover our in-stock position as we begin the second quarter.”

Despite the beat on earnings and revenue estimates, Walmart withdrew financial outlook for the rest of the year.

“I would not attempt to forecast back to school right now. There’s a reason we pulled guidance. We’re telling you about the first quarter. We’ll tell you about the second quarter later,” said McMillon.

Walmart also said that it will “discontinue” Jet.com, the online marketplace the retailer acquired in 2016 for more than $3 billion. Walmart tried to spin the news by adding that the Jet decision was influenced by a “continued strength of the Walmart.com brand,” without mentioning that Jet.com recorded a $2 billion loss in 2019.

Shares of Walmart gapped more than 3% higher on the first-quarter earnings beat to come close to the record high of $133.38. However, the buyers have failed to keep the price action above the $130 mark, which forced it to slide below $129 again. Walmart stock price currently trades around the $129 mark.

The failure to keep its head above $130 isn’t a surprise, from the technical perspective. This is a zone that hosts a key Fibonacci extension and was able to cap the previous rally that resulted in the record high for the stock. Hence, the zone around $130 has now established itself as key resistance for the buyers, and whose break would open the door for a move towards the next Fibonacci extension at $140.

Shares of Walmart opened higher today after the retailer reported first-quarter earnings above the Wall Street expectations. Moreover, Walmart said it hired more than 230,000 new workers to help cope with the demand in March and April while the retailer decided to discontinue its Jet.com unit.