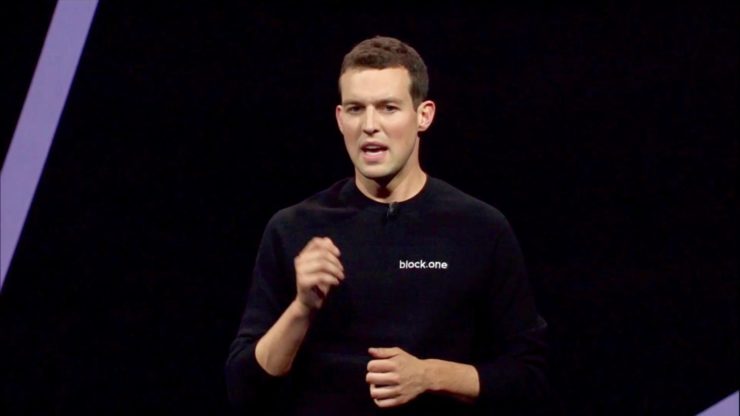 The lawsuit directly targets Block.one, as well as its CEO, Brendan Blumer, CTO Dan Larimer, ex-CSO Brock Pierce, and former partner Ian Grigg. According to the filing, the mentioned individuals were trying to ‘capitalize on the investor fervor for cryptocurrencies,’ back in 2017. Basically, the lawsuit accuses all of the mentioned individuals, as well as Block.one itself, of hosting an illegal securities sale.

The filing is rather strongly worded, and it was submitted to the Southern District of New York. The plaintiffs claim that defendants misled their investors on purpose and that they inflated EOS’ price artificially in order to attract people to their ICO.

As some may recall, EOS had one of the most successful ICOs in history, raising $4.2 billion in a year between June 2017 and June 2018.

“This case arises out of a fraudulent scheme, fueled by a global frenzy over cryptocurrencies and unchecked human greed, to raise billions of dollars through sales of a cryptocurrency called EOS – an unregistered security – to investors in violation of the United States federal securities laws,” says the lawsuit.

Apart from the CAOF itself, the filing also has an individual participant, investor Johnny Hong. Both CAOF and Hong have similar demands, however, seeking damages.

EOS is not decentralized, the plaintiffs claim

The lawsuit itself was filed this Monday, and it has six counts in total, which mostly include typical accusations of aggressive marketing, misleading of investors, and selling securities that were not registered with the SEC.

One accusation that stands out is that Block.one and its representatives allegedly knowingly made false statements about EOS: They attempted to promote it as a superior project with a new type of decentralized protocol. In fact, the filing indicates that the plaintiffs have a particular issue with this, as the project was always described as decentralized. However, they claim that this is not true.

The project was controlled by 21 block producers already at the time of launch, instead of the community itself taking the reigns. The lawsuit concluded that Block.one did not have the ability to create a decentralized project, and that it failed to deliver on its key promises.