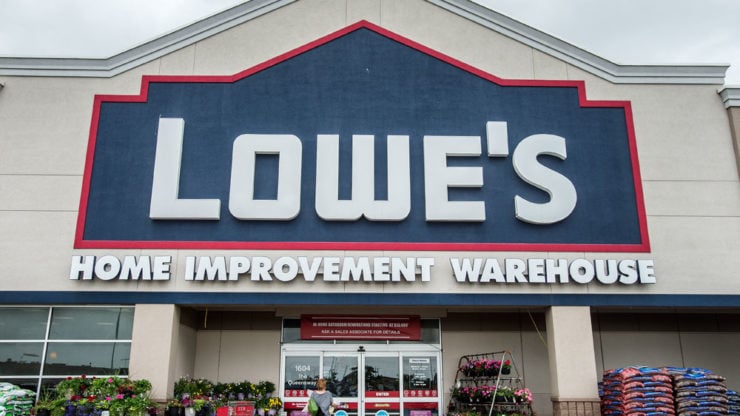 Lowe’s (NYSE: LOW) released its quarterly earnings report on Wednesday that posted stronger than expected earnings and revenue. The company also withdrew its full-year guidance for 2020 on rising Coronavirus uncertainty. The pandemic, Lowe’s added, increased its expenses by £203.57 million including a special bonus for full-time employees.

Shares of the company were reported roughly 6% up in premarket trading on Wednesday. At £94.90 per share, the retailer is currently about 3% down year to date in the stock market. Lowe’s U.S competitor, Home Depot, also released its quarterly results on Tuesday.

Experts had also forecast the retailer’s same-store sales to register a 3.3% growth in the recent quarter versus a significantly higher 11.2% growth in comparable-store sales that it recorded on Wednesday.

As of 15th April, Lowe’s had £4.88 billion in cash and investment securities. The retailer also boasted an undrawn revolving credit facility worth £2.44 billion after recently increasing its capacity by around £627 million. The U.S company also raised £3.26 billion in debt to further shore up finances and cushion the economic blow from COVID-19.

Lowe’s repurchases £771 million worth of shares in Q1

According to Lowe’s, its dividend payments were valued at £342 million in the recent quarter. The company also resorted to repurchasing £771 million worth of shares in Q1. Lowe’s, however, suspended its share repurchase programme for the rest of 2020.

Lowe’s nationwide stores met the government’s definition of essential retail and remained opened amidst the Coronavirus outbreak that has so far infected more than 1.5 million people in the United States and caused over 93,500 deaths.

The impact of the flu-like virus started of Lowe’s stock in late February and ended in a year to date low of £53 per share in March. Its performance in 2019 was reported largely upbeat with an annual gain of about 30%.