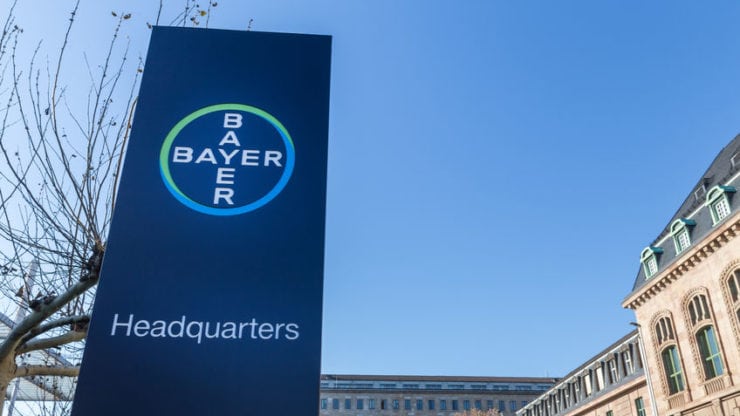 In a statement on Monday, Bayer (ETR: BAYN) announced its settlement talks to have progressed as it made verbal agreements to settle about 50K to 85K cancer lawsuits in the United States. The German company’s Roundup weedkiller (glyphosate-based) was previously indicated for causing cancer.

The multinational life sciences company is committed to closing the legal dispute that originated in 2018 following its £52 billion acquisition of Monsanto. Last month, Bayer’s management expressed confidence that shareholders are supporting the company through legal proceedings.

Bayer is facing 125K lawsuits in the United States

According to Bloomberg that first released the news, Bayer is yet to sign the deals, and an official announcement is expected in June. Bayer’s spokesman was also reported to have commented:

“We’ve made progress in the Roundup mediation discussions under the auspices of Ken Feinberg (court-appointed mediator), but in keeping with the confidentiality of this process, the company will not speculate about settlement outcomes or timing.”

Shares of the company were reported 4.8% up in premarket trading on Monday. Bayer is currently posting an additional about 4% intraday gain. At £55.79 per share, the stock is roughly 15% down year to date. Learn more about capital markets.

Bloomberg also highlighted that Bayer was currently facing a total of 125K lawsuits in the United States involving its Roundup weedkiller as a source of cancer. The company anticipates more cases in the future ascribed to advertising by lawyers to recruit plaintiffs.

Bayer is unlikely to write down its Monsanto acquisition

Bloomberg said that verbal agreements were a component of Bayer’s £8.2 billion deal that includes £1.64 billion to cover for future cases that may be filed after the deal. The German company, however, is unlikely to be pushed into writing down its Monsanto acquisition.

The prospective deals agree to the continued sale of Roundup in the United States, while the plaintiff’s attorneys will be bound to not advertising or taking up any new clients.

The impact of the Coronavirus pandemic became evident on Bayer’s stock primarily in March when it sunk to as low as £42.52 per share in the stock market. The life sciences company’s performance in the stock market last year was reported fairly upbeat with an annual gain of 20%.

At the time of writing, the Leverkusen-headquartered company has a market capitalisation of £54.62 billion and a price to earnings ratio of 14.15.