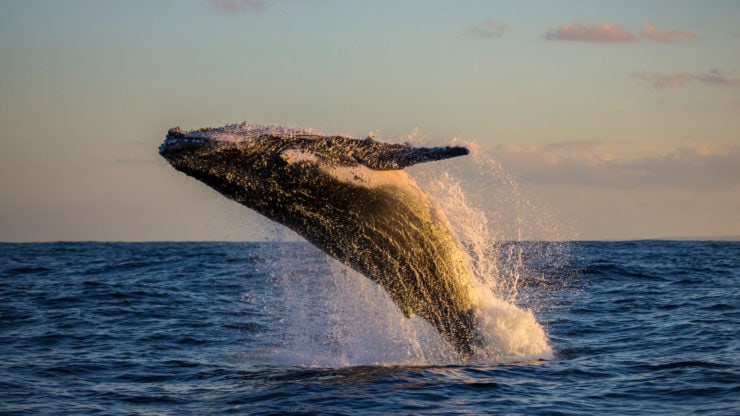 Bitcoin has seen quite a bit of volatility over the past few months, although this is hardly a surprise given what the coin has been through. With the price crash caused by COVID-19 pandemic and its third halving being only two months apart, the coin actually performed rather well, given the circumstances.

However, a direct consequence of its recent performance caused new development, and this time, Bitcoin whales got involved.

Bitcoin made a move that whales seemingly considered to be their chance to accumulate large amounts of wealth about a week ago, on May 20th. back then, the coin broke bearish below $9,500, which caused the demand among whales to skyrocket.

Recent data published by a crypto analysis portal, Santiment, shows that whales took the opportunity to start accumulating BTC at a rapid pace.

The portal noted multiple wallets that contain 100 BTC or more quickly accumulating more coins. Within days, whales added around 12,000 more BTC to their storages, which is equal to around $108 million.

‘Bitcoin whale’ is a common name for anyone who owns a large amount of BTC, but the biggest ones — the true whales — are mostly those who own more than $1 billion in BTC. Whales are often known for manipulating BTC price, but if they are making a move as serious as price accumulation, most would expect that a massive price uptrend is about to arrive.

Whales are often observed by traders who rely on their expertise to predict market movement. Depending on whether the amount of BTC in their wallet is growing or dropping, traders make their own moves, expecting bullish or bearish markets to arrive.

Recently, whales expressed characteristics of day traders, with their addresses showing accumulation during dips, and offloading before short-term tops. This kind of behavior was clear in mid-March, right after the ‘Black Thursday.’ when BTC crashed from nearly $8,000 to barely above $3,800.

Whales reacted to this, causing the balances in their wallets to spike up by half a billion, in total. This surge was rather careful and systematic, and it followed the downtrend of BTC price perfectly. The balances rose when the BTC price was dropping, and they decreased whenever the price saw a rise. Balances also surged right before the halving, on May 11th, and they dropped once more as BTC approached $10k resistance.