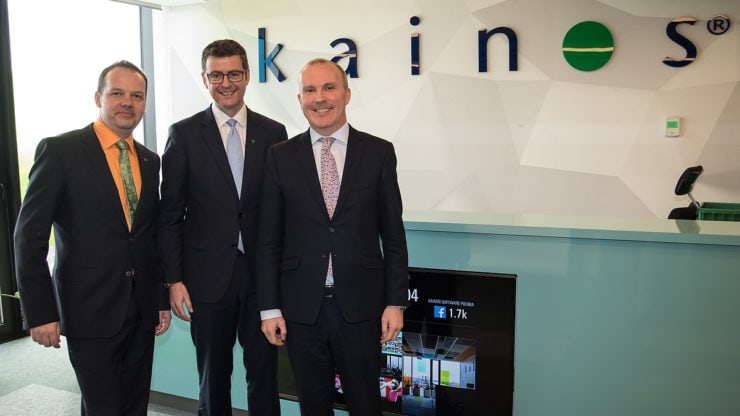 As the Coronavirus pandemic weighed on global businesses, several companies resorted to increasing digitalisation to cushion the associated economic blow. In its statement on Tuesday, Kainos Group (LON: KNOS) highlighted its commitment to enhanced digitalisation worldwide. The company also said that digitalisation benefits are likely to persist even after the health crisis subsides.

COVID-19 has so far infected more than a quarter-million million in the United Kingdom and has caused over 36,800 deaths. The software company lost traction and posted a 4% decline on market open on Tuesday. Learn more about how to choose winning stocks.

At 875 pence per share, the software business is currently about 12% up year to date in the stock market after recovering from 484 pence per share in March. Much of its recovery was attributed to its IT solutions that are more in demand now than ever as the pandemic pushes businesses into relying on work from home arrangements.

Kainos Group did not declare its final dividend

The UK-based company said on Tuesday that it expects Workday (HR product) to be in great demand ascribed to the ongoing geographic expansion and a range of blue-chip clients. In terms of near-term economic conditions, however, the IT provider remained guarded and refrained from announcing its final dividend.

According to Kainos Group, its revenue came in 18% higher to £178 million in the year that ended on March 31st. In the same period, the company also reported a 10% increase in its profit before tax to £23 million. Kainos’ sales orders jumped 42% to £243.6 million while a 47% growth in contracted backlog pushed it £180 million.

Shore Capital analysts commented on the news on Tuesday and stated:

“The company is well-positioned by the breadth of its sales pipeline across multiple industries and geographies, noting that Kainos provides digital technology services and platforms critical to over 550 customers across the globe, and is supported by a strong net cash position and the repeat and recurring nature of most of the group’s revenue.”

The Belfast-headquartered company offers IT solutions to organizations and businesses primarily in the public, financial, and healthcare sectors.

Kainos’ performance in the stock market in 2019 was reported largely upbeat with an annual gain of roughly 80%. At the time of writing, the IT provider has a market capitalisation of £1.07 billion and a price to earnings ratio of 54.54.