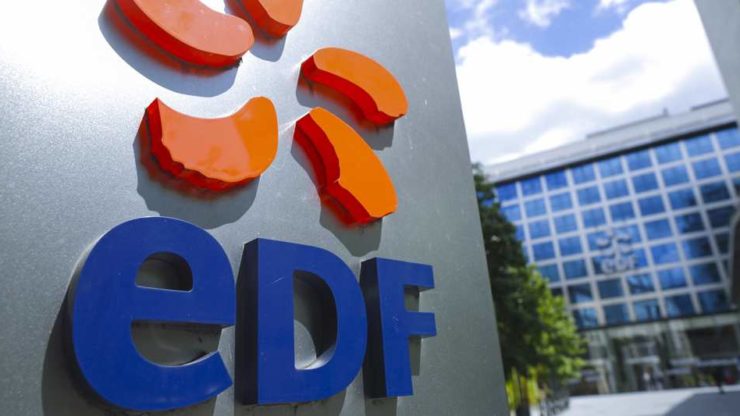 EDF (EPA: EDF) announced on Wednesday that it has filed an application to build Sizewell C nuclear plant in the United Kingdom. The company told Britain’s regulators that it will cost £17 billion to £18 billion in total to build the facility in the east of England.

As per sources, the application that is commonly referred to as a development consent order was originally expected to be submitted to the UK’s Planning Inspectorate in March. It was, however, postponed as the Coronavirus pandemic wreaked nationwide havoc. A court ruling recently imposed an about £45,000 fine on EDF to be paid to French oil major, Total S.A.

EDF’s application for Sizewell C nuclear plant marks its second in the UK. The French electric utility company had previously applied for the Hinkley Point C project that is likely to conclude in 2025.

According to EDF, upon approval, successful completion of the Sizewell C project will create 1,000 apprenticeships and 25,000 jobs. It will provide electricity to roughly 6 million homes in Britain. Managing Director Humphrey Cadoux-Hudson of Sizewell C project commented on Wednesday:

Sources also confirmed that some local residents expressed dissent for the Sizewell C project. Owing to social distancing measures, however, public gatherings are currently prohibited for a large-scale public discussion over EDF’s application.

But to add convenience for residents to evaluate its application, EDF said that it will take extra measures including an extension on the pre-examination period.

According to sources, China’s CGN currently holds a 20% stake in the Sizewell’s development phase. CGN also boasts a 33.5% stake in EDF’s Hinkley project.

The French utility company plans on using similar financing for the Sizewell C project as used for UK’s infrastructure assets, including electricity networks. The type of funding is known to reduce costs for consumers.

EDF’s performance in 2019 was also downbeat with an annual decline of about 25%. At the time of writing, the £22.09 billion company has a price to earnings ratio of 4.80.

Mr. Khan specialises in Public Health by academia but is a trader by passion. Taking up two new hobbies of writing and trading in his teen years, he is now a professional trader and news writer with over 5 years of experience in various financial markets. Khan is passionate about bringing insightful articles to his readers and hopes to add value to their portfolios.
Related news
AirAsia swings to a £150.71 million loss in the first quarter as COVID-19 halts air travel
6th July, 15:29
Berkshire Hathaway to buy Dominion Energy’s natural gas assets for £3.2 billion
6th July, 14:31
Uber stock price explodes 9% on a $2.65 billion deal to buy Postmates
6th July, 13:30
Beckton Dickinson receives EUA for its COVID-19 antigen test from the U.S. FDA
6th July, 13:26
CEO Antonio Horta-Osorio of Lloyds Bank to exit the role next year
6th July, 12:15
Related market data
Invezz uses cookies to provide you with a great user experience. By using Invezz, you accept our privacy policy.