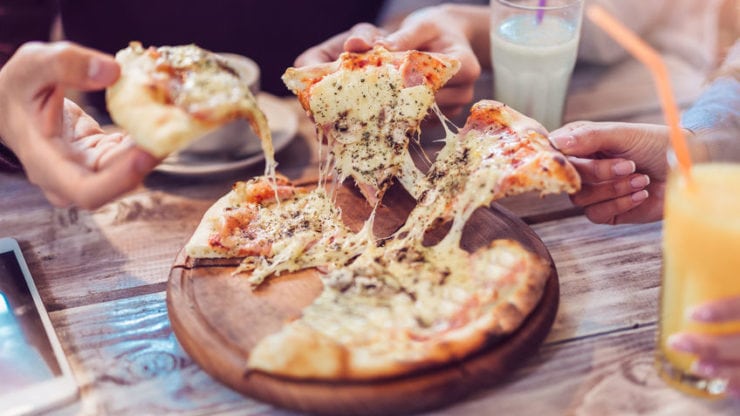 In a statement on Wednesday, Papa John’s (NASDAQ: PZZA) said that its estimated North American same-store sales climbed 33.5% in May. Internationally, it reported a 7% estimated increase in comparable sales as it committed to meeting higher demand amidst the ongoing pandemic.

Shares of the company were reported about 7% up in premarket trading on Wednesday. In April, Papa John’s had announced a 26.9% increase in its preliminary estimated North American same-store sales and a 1.4% jump internationally. Learn more about how to start trading on the stock market.

In a bid to ensure transparency during the Coronavirus crisis, the American pizza restaurant franchise divulged plans of releasing monthly business updates until the end of Q2 in June.

Earlier in May, Papa John’s released its financial results that topped analysts’ estimate for profit but fell short in terms of revenue. The pizza company made 33.4 pence of earnings per share in Q1 and £334 million in revenue. North American comparable-store sales were reported 5.3% up in the first quarter.

At £60.44 per share, Papa John’s is just under 20% up year to date in the stock market. Its performance in 2019, on the contrary, was largely upbeat with an annual gain of more than 50%. At the time of writing, the Louisville-headquartered company has a market cap of £1.96 billion and a price to earnings ratio of 2,264.11.

Domino’s reports a 14% increase in the U.S same-store sales

Papa John’s sales report came only a day after Domino’s (NYSE: DPZ) said that its same-store sales in the U.S saw a 14% increase in the first 2 months of its Q2 while a significantly lower 1% growth was noted internationally in the same period.

Between April 20th and May 17th, the company reported a 20.9% growth in its U.S comparable-store sales. Its domestic same-store sales growth in the previous 4 weeks registered at a much lower 7.1%.

The flu-like virus had previously pushed the pizza chain into closing 2,400 locations worldwide. As of May 24th, Domino’s added, more than 1,500 international locations have now been reopened.

Domino’s jumped roughly 1% in after-hours trading on Tuesday. At £295 per share, the company is currently more than 20% up year to date in the stock market. Its performance in 2019 also remained upbeat with an annual gain of about 20%.

The Michigan-headquartered pizza chain is currently valued at £11.48 billion and has a price to earnings ratio of 34.47.