Pro explains why momentum in homebuilders is sustainable 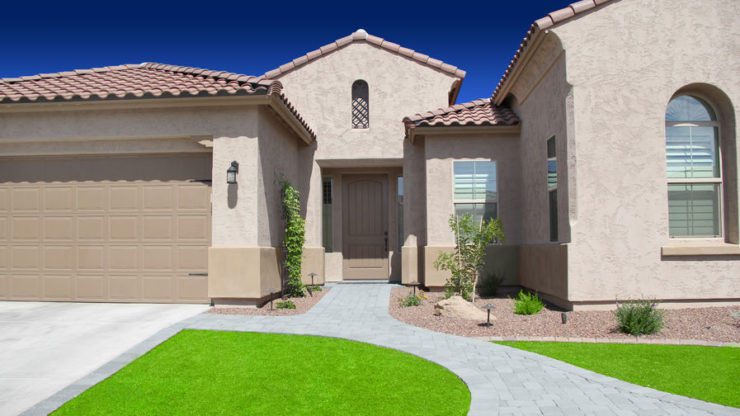 The homebuilder sector is surprisingly on fire, up nearly 50% in the second quarter alone. The SPDR S&P Homebuilders ETF (NYSE: XHB) appears to be on track to double in value since bottoming at $23.95 in March. But is the recent momentum sustainable? According to one pro, the answer is a clear yes.

People are staying home due to measures to slow the spread of the COVID-19 pandemic and investing in their homes as part of a “nesting and investing” theme, Ascent Wealth Partners managing director Todd Gordon said on CNBC’s “Trading Nation.” Existing homeowners aren’t the only ones in focus as the homebuilding sector and home improvement retail space are seeing similar encouraging trends.

Names engaged in traditional homebuilding and construction like Lennar Corporation (NYSE: LEN) are likely to benefit from the strong momentum, there is an unusual play falling under the radar that Gordon likes.

Masco Corp (NYSE: MAS), a relatively unknown manufacturer of cabinetry and plumbing parts has exposure to both new and existing homes.

The stock took a “big drop” from $50 all the way to $27 but has since recovered almost all of the losses, Gordon said. The company reported a strong earnings print in late April and quickly received support from Street analysts.

Most recently, Wells Fargo analyst noted the company is positioned to capture wallet share as consumers simply don’t have other outlets to spend their cash. Now, shares are a “within a stone’s throw” of its all time highs.

What happened in Q1?

Masco reported first quarter results on April 29. The company earned 46 cents per share in teh quarter on revenue of $1.581 billion which was good for a top-and-bottom-line beat versus expectations of 36 cents per share and $1.52 billion.

Operating profit rose 14% year-over-year to $225 million and the company returned $639 million to investors through dividends and stock buybacks.

Looking forward, the company said it will take action to reduce expenses and preserve its liquidity by reducing variable costs, implementing a hiring and wage freeze, delaying non-critical capital expenditures, and pause its share buyback program.

Gordon presented an interesting strategy that avoids buying the stock outright but gives exposure to upside gains through options. He said investors can buy the 45 call option that expires on October 16 while simultaneously selling the 55 calls.

Investors who don’t want to or can’t trade options could proceed with buying the stock outright, he said.

Jayson Derrick has been writing professionally about stocks since 2011. He is particularly interested in alternative investments, hedge funds, and activist investing. He is a big fan of NHL hockey and lives in Montreal, Canada with his wife and four year old daughter.
Related news
London stocks end lower as the U.S. reports a record increase in COVID-19 cases
3rd July, 19:27
Daimler to sell its Hambach factory as it commits to streamlining global production
3rd July, 18:21
Delivery Hero reports a 94% growth in orders in Q2 as COVID-19 restricts people to their homes
3rd July, 14:29
Intel Corporation to invest £203 million and get a 0.39% stake in Indian Jio Platforms
3rd July, 13:23
HSBC cites low returns as it discontinues its industrial metals business
3rd July, 12:14
Related market data
Invezz uses cookies to provide you with a great user experience. By using Invezz, you accept our privacy policy.