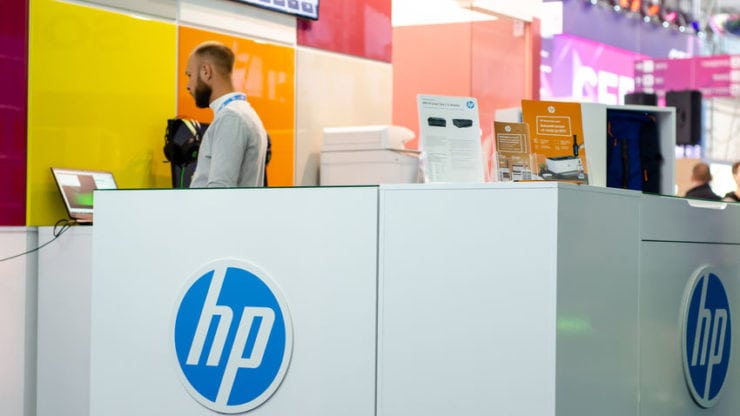 HP Inc. (NYSE: HPQ) released its quarterly earnings report on Wednesday that posted an 11% decline in its revenue despite significantly higher demand for PC equipment as the Coronavirus pushed the global workforce into relying on work from home arrangements.

HP falls short of analysts’ estimate for revenue in Q2

The American multinational technology company reported £622.50 million in net income in the second quarter. In terms of revenue, the company printed £10.16 billion in Q2 versus the year-ago figure of £11.44 billion. In its report on Thursday, HP registered 41.55 pence of earnings per share as compared to a higher 43.18 pence in the same quarter last year.

According to FactSet, experts had forecast the company to print £10.54 billion in revenue in the second quarter. Their estimate for earnings per share was capped at 35.85 pence per share. HP’s financial performance in Q1 was reported upbeat in February.

In individual segments, HP noted a 5% increase in notebooks sales in the second quarter. HP’s prominent business of printing, however, saw a 19% year over year decline. A 23% drop in revenue from Personal Systems was also reported on Thursday. CEO Enrique Lores commented on the earnings report and stated:

“We’ve seen a significant increase in demand for anything, notebooks, displays, mice, home printing – to work, learn, and play from home. PC’s have never been more essential during this crisis.

For the third quarter, HP said that it now expects to make 31.8 pence to 36.7 pence of adjusted earnings. But the company refrained from giving guidance for revenue. As per FactSet, analysts are anticipated 38.3 pence of adjusted earnings on average for HP in Q3. CFO Steve Fieler of HP, however, suspended full-year guidance on Thursday citing the rising Coronavirus uncertainty.

HP has recently subsided Xerox’s hostile takeover bid. The company also declared in 2019 that its workforce will be slashed by 7,000 to 9,000 employees before the start of 2023 to shore up finances by £810 million a year.

HP performed flat on average in the stock market last year. At the time of writing, the U.S multinational technology company has a market cap of £19.95 billion and a price to earnings ratio of 8.49.