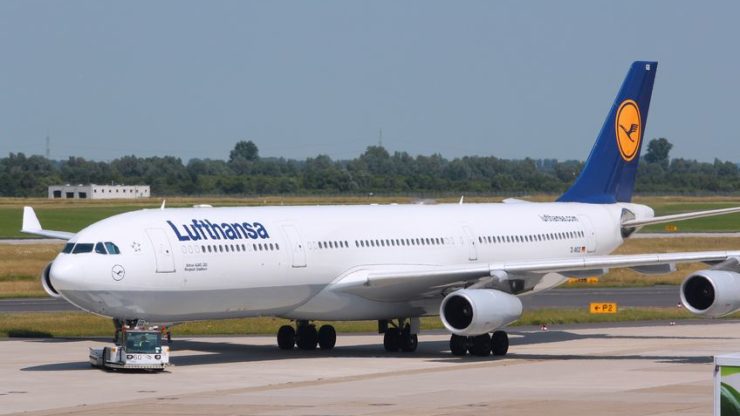 Lufthansa’s (ETR: LHA) £8.1 billion government package met with turbulence on Wednesday as the airline’s supervisory board called the associated EU’s conditions unacceptable. Earlier in the day, Ryanair CEO had also vowed to appeal against the bailout package that he saw as a threat to fair competition.

Shares of the company are currently about 3% down on Thursday. At £8.35 per share, Lufthansa is roughly 45% down year to date in the stock market. Learn more about the financial analysis of a company.

The European Union had demanded Lufthansa to permanently waive landing rights for six planes each at Munich and Frankfurt airports. The German airline currently has a market share of roughly 65% at these airports. Lufthansa is planning on resuming flights to 20 destinations in June.

Brussels planned on giving the forgone slots to competitors in a bid to maintain competition. German Cockpit Association, on the other hand, warned that waiving slots to low-cost rivals will hurt not only European jobs but also the labour standards at large.

According to Lufthansa, however, government aid is still the only viable option for the airline to avoid insolvency. The supervisory board, it added, will continue to negotiate with the EU over its demands that are likely to weigh on its airport hubs and ability to repay loans.

An EU spokesperson said that the commission currently had no further comments on Wednesday.

As per the sources, the German flagship air carrier agrees to give up landing rights for as long as it takes for the company to repay the government loan. The EU Commission, on the other hand, demands Lufthansa to waive the rights permanently.

The proposed agreement also entails Lufthansa receiving £5.39 billion primarily in non-voting capital from the German government and an additional £2.70 billion state-backed loan. In exchange, the government will get a 20% stake in the airline.

Germany’s Federal Minister for Economic Affairs, Peter Altmaier, expressed confidence on Wednesday that the EU commission will still approve the government aid for Lufthansa that currently has a workforce of around 138,000 people. As per Altmaier:

“It’s not only in Germany’s interests but also in the European Union’s interests to avoid a sell-off of strategic interests in the industrial sector as a result of this pandemic.”

The £4.06 billion company posted an about 15% decline last year. At the time of writing, Lufthansa has a price to earnings ratio of 3.69.