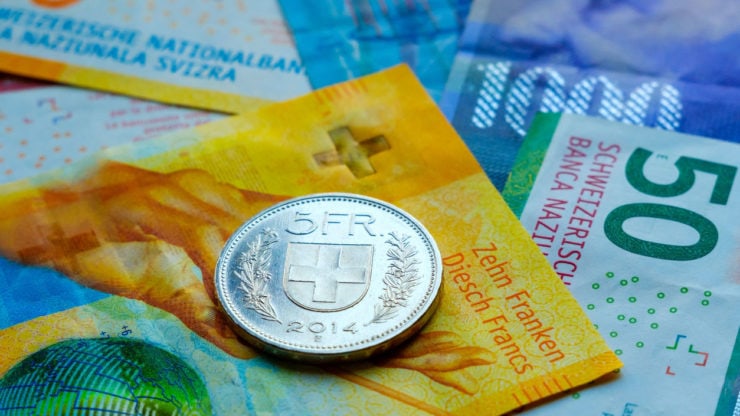 The USD/CHF pair was little moved today as the market continued to reflect on SNB governor comment. The pair is up by 20 basis points and is trading at 0.9700.

The Swiss franc is one of the most popular so-called safe-haven currencies. Investors rush to it because of the stability of the Swiss government and the strength of the banking sector. As a result, the currency rose sharply against the US dollar in March, at the peak of the coronavirus pandemic. The USD/CHF reached a low of 0.9250, but it has pared back some of these losses.

The Swiss National Bank (SNB) has always favoured a weaker yen because the country makes most of its funds from exports. As a result, the bank has been buying francs at the fastest pace in years, according to Bloomberg. The report cited the sight deposits at the SNB and the increasing reserves. The reserves have ballooned from less than 100 billion francs in 2008 to almost 0.8 trillion francs today.

Even with the purchases, the USD/CHF has been relatively stable in the past few weeks.

In a statement yesterday, SNB Governor, Thomas Jordan, said that the bank was intervening in the market to weaken the franc. He said:

“We have room to manoeuvre for both instruments. It’s clear that we have the possibility to cut rates if necessary.”

“Despite borrowing costs for the Swiss government being among the lowest in the world, fiscal policy remains underutilised, even within the constraints of Switzerland’s existing fiscal rules.”

The SNB denied the allegations. In a statement, the bank said that its interventions are usually transparent and motivated purely by monetary policy.

The war of words between the two allies mattered because of the volume of trade they do. The two countries do trade worth more than $121 billion a year. The US exports to Switzerland are worth about $59 billion while imports are about $62 billion. This makes it the 15th biggest trading partner.

Switzerland hit by the coronavirus pandemic

Switzerland is currently undergoing the worst financial crisis in 45 years. The government expects the economy to contract by 6.7% this year because of the pandemic. This decline will mostly be because of weak consumption in the country and the hit to exports.

The USD/CHF pair is trading at 0.9685. On the daily chart, this price is slightly below the 50% Fibonacci retracement level. It is also forming a symmetrical triangle pattern while the volatility as measured by the ATR has dropped to the lowest level since March 6. Therefore, this means that a breakout in either direction is imminent. The key levels to watch will be 0.9500 and 0.9830.